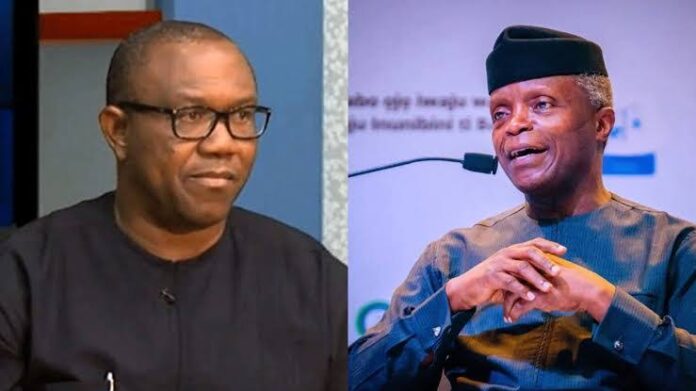 According to a statement by Nextier, and Data-Tier, please explained that the survey aimed to gauge Nigerians’ preferences for a presidential candidate, understand the challenges they would like the next government to address promptly, and decipher how ethnic and gender biases would inform the next election.

No other candidates polled up to 10 percent in either of the categories.

The ordering of the developmental challenges remained relatively the same when analyzed from a geopolitical perspective.

Respondents were asked to select the top three attributes (out of a list of ten) they wished to see in their next president. The survey report showed that despite Nigeria’s overt religiosity, “Believes in God” ranks very low compared to “competence,” which is represented on this list by terms such as knowledgeable (17.9 percent), ability to solve problems (17.4 percent), and capable (16.5 percent). Being “young” received only 3.2 percent of the responses.

How much influence do ethnicity and religion have on the choice of presidential candidates in Nigeria? Would Nigerians vote for a president/vice-president ticket that meets all their desirable attributes, but both candidates share the same religion? Or same ethnic origins? On religion, while 5.14 percent of the respondents are emphatic that they would never vote for such a ticket, 58. 7 percent are open to the idea.

Almost eight out of ten respondents (76 percent) claimed that “above all other considerations, I prefer someone who can fix Nigeria irrespective of his or her religion or tribe.”

This insight signposts a growing desire to have a functional country and citizens’ zeal to thrive and make a difference. It also lends credence to the commonly held belief that if people can meet their daily livelihood needs, they will care less about the ethnic or religious leanings of the president.