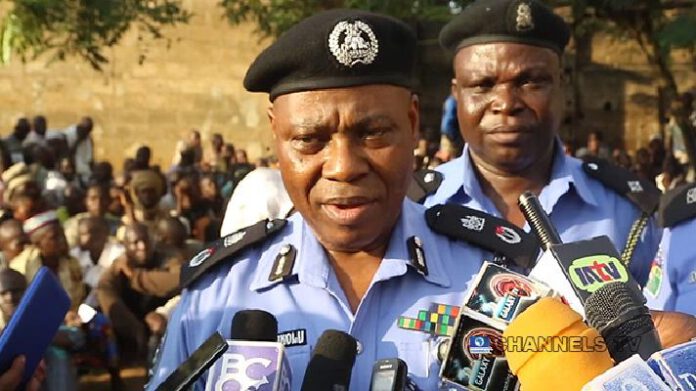 Ibadan, a total of 259 people have been liberated from another detention facility uncovered by the Oyo State Police Command in Ibadan, the state capital, and handed over to the government.

Among those rescued were 34 females, 10 children and an infant.

Operators of the facility, located at the Olore area along the Lagos-Ibadan Expressway at Ojoo, claim it is a correctional centre for delinquents.

However, the Police Commissioner, Oyo State Command, Shina Olukolu, who led a team from his command along with state government officials, frowned at the deplorable condition of some of the people held at the centre, and promised to bring the perpetrators to book.

Commissioner of Police, Oyo State Command, Shina Olukolu, says those who ran the centre will be prosecuted diligently.

The police boss said he and his men stormed the centre after a young man informed a divisional police officer (DPO) under his command of its existence.

He said the young man who tipped the police off told the DPO that the centre was being run by someone who claimed to have the powers to be able to change the anti-social behaviours of youngsters and others.

“The young man said they were being maltreated, not being well-fed, being treated like slaves and they are engaged in false labour and, sometimes, their death is not reported to anybody,” the Police Commissioner added.

The illegal detention centre in Oyo is the latest in the growing list of such centres being discovered in parts of the country, a development rights activists and many others have found alarming.

Lamenting the discovery and the need to ensure that more people do not operate such centres, he told reporters that a thorough investigation will be carried out

“This area will be secured and the police will be able to do further investigation, further search, and anyone at all who is found culpable will definitely be arrested, investigated and prosecuted diligently to serve as a warning to others who may want to operate such houses that serve as illegal detention centres,” the commissioner said

YAGEP: Why I Want To Be The Major Fish Feed Producer...

New Police Dress Code Is Illegal And Should Be Reversed –...

Pastor Chris: “You Shouldn’t Be Afraid Of Touching COVID-19 Patients”