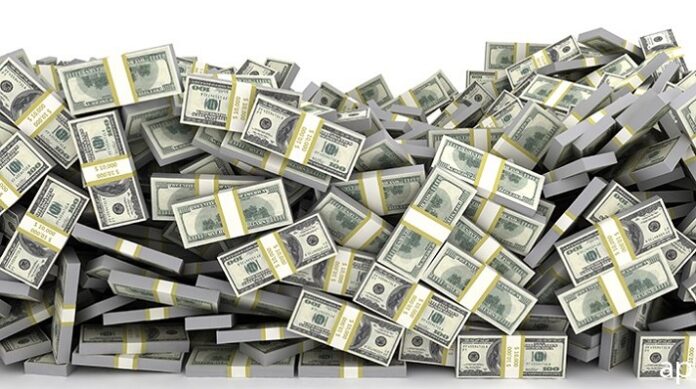 The exchange rate between the naira and the dollar at the parallel market strengthened on Thursday, rising from N503/$1 to N485/$1. Initial checks by Nairametrics reveal the rebound of the naira from one of its lowest points in about 4 years held its support levels after the initial rise from N505/$1 to N497/$1 on Wednesday.

Sources inform News Desk that the trigger for the recent gains is related to chatter that the central bank may be gearing up to pump forex into the retail end of the market as part of its efforts to boost liquidity. Nairametrics reported recently that the CBN was going to sustain massive funding of Bureaux De Change (BDC) operators according to the President, Association of Bureaux De Change Operators of Nigeria (ABCON), Alhaji Dr Aminu Gwadabe. He had told reporters last week that the CBN was “committed” to improving selling forex to over 5,000 operators.

News Desk understands this may have triggered a slow down of demand by speculators who fear they might be on the wrong side of the bargain should the CBN make good its promise. We are yet to get official confirmation if indeed, FX was sold during the week by the CBN to BDCs.

The ABCON Chairman has also chastised speculators, blaming them for the recent depreciation of the naira and accusing them of creating artificial scarcity in the market.

“The ABCON and CBN have observed with disdain the speculative behaviour currently beclouding the market with the misinformation that the CBN has adopted I&E window as its official rate. The above information is not true because as operators we still funded our accounts at our normal rates of N393/$ and not the I&E window rates for our operation this Friday.’’ Gwadabe.

BDC Operators also suggested earlier in the month that they were considering banning street trading of forex as a strategy for curbing FX speculation. They called it ‘Operation No Street Trading.’

“All operators are to collaborate in bringing down the forex rates in the market; street trading by BDCs should be discouraged/banned and ABCON will commence operation ‘no street trading ’. BDCs should improve return rendition to regulatory authorities; margin review to meet operational requirements; widening the scope of transactions; digitalization of BDC operations. ABCON to punish errant members; ABCON compliance officer and staff to commence nationwide supervision of BDC operations.” ABCON

Exchange rate
Dealers who spoke to Nairametrics on Thursday confirmed an exchange rate of N485/$1 if you wish to sell dollars and N492/$1 should you want to buy in the parallel market respectively. This also suggests without any empirical data that the sell pressure might be sustained in the short term.

In a major boost to the outlook of Nigeria’s forex supply, oil prices have remained above $70 per barrel with some analysts predicting it could rise past $80 and soar to $100 as the world gradually returns to full capacity. Nigeria relies heavily on oil for over 50% of its forex supplies.

A reliable source also informed News Desk that the CBN is considering closing the disparity between the official market and parallel market rates but prefers a rate that is stronger than the N485/$1 currently being traded. The CBN hopes to achieve this by injecting more forex into the market.

Despite the fall in forex prices on the black market, those sourcing for wire transfer forex still pay above N500/$1. A source informed Nairametrics that they purchased for about N505/$ on Thursday via wire transfers to a foreign currency denominated account.

The World Bank recently blamed CBN Policies for Nigeria’s forex woes calling on the apex bank to allow greater flexibility in the forex market so as to instil confidence in the market and open the floodgates for foreign investment into the country. The CBN recently adopted the NAFEX rate published by the FMDQOTC as its official reference price.

I’m Not Spare Tyre, I Do Not Bedwet – Kwankwaso

Obi To Arthur Eze: You Are Entitled To Your Opinion