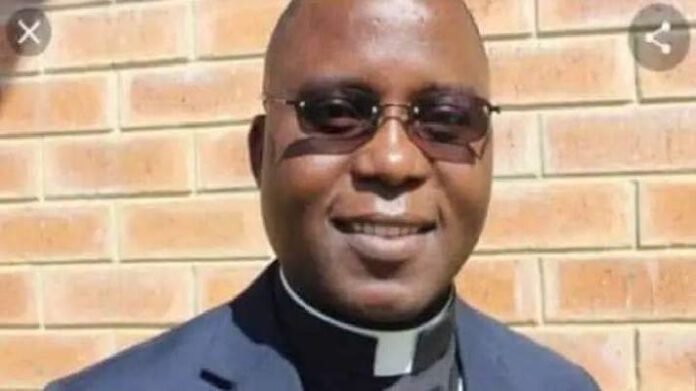 But people close to the case have disclosed that Fr Mwelwa has been suspended for a serious case of adultery and to pave way for suspected murder case investigations.

It has been a established that Fr Mwelwa had a girlfriend who died in his Parish Home on Holy Thursday, a day before Good Friday.

It is alleged that he invited his girlfriend to the parish house in Kaunda Square.

The woman identified as a member of the Catholic Women’s League (CWL) married woman from St Maurice Parish situated on Mumbwa road, took permission from her husband to attend a funeral with her fellow League members in Kaunda Square.

During her stay at the Parish House she died in Fr. Mwelwa room.

Fr. Mwelwa called some CWL members from St. Maurice who helped him transport the body to Levy Mwanawasa Hospital and later to the University Teaching Hospital (UTH) as a brought-in-dead body (BID).
The church paid for the whole funeral.

The family has urged the Police to investigate the suspicious death.

Christians Called To Appreciate God At All Times

8 Important Things God Does When You Praise & Glorify Him