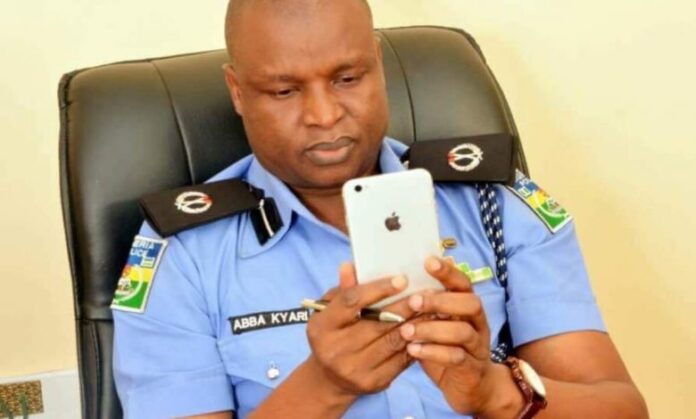 My Life At Risk For Sharing Same Detention Facility With IPOB Members, Terrorists – Disgraced ‘Super Cop’, Kyari
Kyari disclosed this through his lawyer, Nureini Jimoh, while asking the Federal High Court in Abuja to review his bail application initially rejected, News Desk Paper report. Suspended Deputy Commissioner of Police (DCP) Abba Kyari says he is not safe being in detention with members of the Indigenous People of Biafra (IPOB) and Eastern Security Network (ESN), who he described as criminals.

Kyari disclosed this through his lawyer, Nureini Jimoh, while asking the Federal High Court in Abuja to review his bail application initially rejected.

According to the documents which contained details of the suspended police officer’s argument, his life is at risk for sharing the same correctional facility with criminals that he put in jail, including IPOB/ESN members and terrorists.

“At the centre, the applicants who were head and deputy head of the Intelligence Response Team of the Nigeria Police Force met stiff resistance, attack and open threats to the lives of the applicants by series head (sic) of criminal gang that they had busted.

“There is no correctional centre that the criminals that have been arrested by the IRT under the headship of the applicant in furtherance of their constitutional and statutory duties as police officers cannot be found and there is a high likelihood of threat to the lives of the applicants.”

This is not the first time Kyari would be attacking IPOB over his travails.

He had while appearing before a probe panel led by Joseph Egbunike, the late Deputy Inspector-General of Police (DIG), claimed the group and its security wing, ESN, were after him due to the onslaught launched against them in the South-East.

The Abuja court had in March ordered that Kyari be remanded at Kuje correctional centre pending the conclusion of his trial.

Why I Approved Redesign Of Naira Notes – Buhari

South-East Deployment Of Military May Lead To Nigeria’s Break Up –...