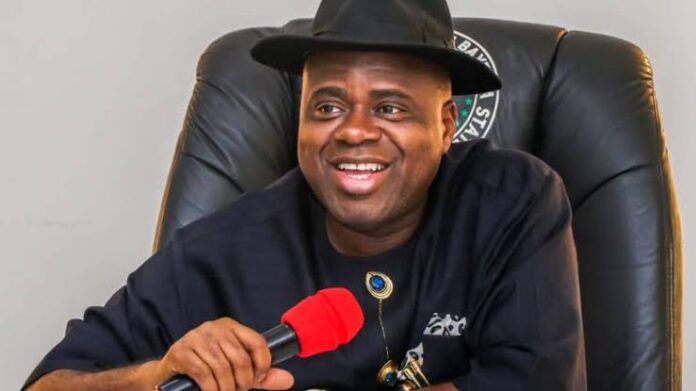 The Bayelsa State Government says its investments in agriculture in partnership with the Central Bank of Nigeria in different areas including rice production will start yielding returns before the end of this year.

The Deputy Governor, Senator Lawrence Ewhrudjakpo, stated this on Friday at a meeting with traditional rulers from Nembe Local Government Area in Government House, Yenagoa.

In a statement by his media aide, Mr Doubara Atasi, he said the state had since keyed into the CBN backed Accelerated Agriculture Development Scheme (AADS) and Anchor Borrowers programmes to revamp the agricultural sector.

Senator Ewhrudjakpo noted that the focus of the Prosperity Administration is to achieve food sufficiency, assuring that the state government would distribute its own locally produced rice to the people as Christmas gift this year.

His words, “By God’s grace, we are going to eat our own rice from the various farms we have cultivated in different parts of the state. I can assure you (traditional rulers) that we will not buy rice from elsewhere to distribute to you during Christmas.

“The Anchor Borrowers and outgrower programmes are very key to food security. So, we are working with the CBN to ensure good sufficiency in our state.We are working to see how we can get credible partners to mill the rice.”

The Deputy Governor, however, pointed out that government’s intervention in the agriculture sector was not only in crops production, but also in fisheries and poultry.

On security, he said the present administration was taking proactive measures to forestall the breakdown of law and order as experienced in some parts of the country.

Senator Ewhrudjakpo urged the traditional rulers to complement government’s security efforts, adding that a new security architecture involving all stakeholders including the youth would soon become operational in the state.

Underscoring the importance of intelligence gathering and sharing in security management, he directed the relevant ministries to install a temporary communication system on the Obioku corridor, pending when service providers will mount theirs in the area.

Earlier in his briefing, the Commissioner for Agriculture, Dr David Alagoa, disclosed that about 3500 rice farmers across the state were currently participating as beneficiaries of the AADS and Anchor Borrowers programmes.

Dr Alagoa, who decried the situation where the state gets almost all of its food supplies from outside, emphasized the commitment of the present administration to change the trend through its two-pronged policy of food security and mechanized farming.

Describing the policy as participatory, he said government was ready to partner communities by providing the necessary inputs for farming and harvesting, play the role of an off taker but would not buy or acquire any land.

On his part, the Special Adviser to the Governor on Security Matters, CP Akpoebi Agberebi (Rtd), attributed the growing rate of communal crisis to lack of transparency and failure to follow due process during community elections.

Also speaking, the Minority Whip and Member representing Nembe Constituency 3 in the state House of Assembly, Mr Douglas Sampson, charged traditional rulers to do away with sentiments and cooperate with government to get rid of criminal elements in their communties.

He also advised government to carry out diligent background checks on traditional rulers before issuing staff of office as some of them are only interested in using their positions to get contracts from oil companies.

On their part, the traditional rulers including the Ibeyanaowei of Oluasiri Clan, King I.C. Awululu, commended the present administration for initiating the meeting and appealed for upward review of their monthly allowances to enable them perform their duties effectively.

DPR To Create Opportunities To Enable Business In Oil & Gas...

Anambra Residents Flee Ahead Of The November 6 Election