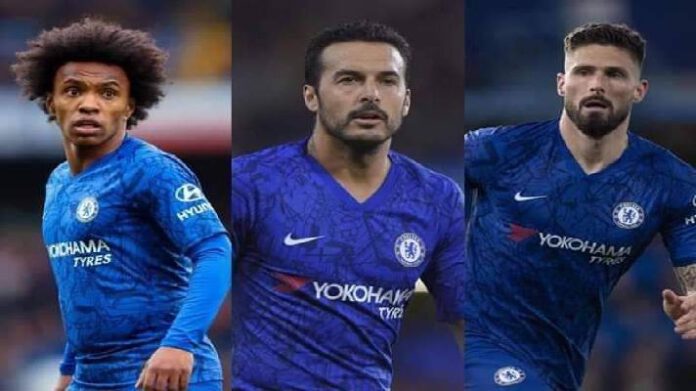 RB Leipzig and Germany forward Timo Werner, 24, is ready to join Liverpool if the Premier League side pay his £52m release clause……according to Sky Sports.

Chelsea and Brazil playmaker Willian, 31, is in talks with Liverpool over a move when his contract expires…..according to Sport – via Mirror.

Borussia Dortmund are ready to make England winger Jadon Sancho, 20, their second-highest earner in order to keep him at the club despite interest from Manchester United and Chelsea…….according to Forbes.

Philippe Coutinho could get back to his best if the 27-year-old Brazilian midfielder leaves Barcelona and joins Chelsea, according to Brazil legend Rivaldo…..according to Sun.

Liverpool have told Coutinho they do not intend on buying him back from Barcelona….according to Sport Witness.

Former Liverpool and Chelsea defender Glen Johnson has urged the Blues to sign Coutinho……according to Talksport – via Express.

Leicester City are prepared to rival Manchester United to chase the signing of Borussia Monchengladbach and France striker Alassane Pea, 27……according to Le10 Sport – via Leicester Mercury.

Manchester United will deploy Aston Villa playmaker Jack Grealish as a right winger if they complete a deal for the 24-year-old Englishman……according to Athletic – vial Birmingham Mail.

Juventus are weighing up a summer bid for Napoli and Poland striker Arkadiusz Milik, 26…….according to Calcio Mercato.

Arsenal manager Mikel Arteta has been dealt a boost in his pursuit of Feyenoord midfielder Orkun Kokcu, 19, with the Eredivisie side set to have to sell players to land their top summer target……according to Voetbal International – via Express.

Arsenal’s Armenian midfielder Henrikh Mkhitaryan, 31, hopes to stay in Italy with Roma next season following a spell on loan, while Manchester United’s English defender Chris Smalling, 30, is also a key part of the Serie A club’s transfer plans after his successful loan spell…..according to Mail.

️ Arsenal are set to complete a permanent move for Flamengo’s Spanish defender Pablo Mari, 26, who joined the Gunners on loan in January…..according to Athletic.

Jamie Carragher says Liverpool players were ‘shocked’ their club managed to sell Fernando Torres to Chelsea for £50m in 2011 and says they knew they had “kidded” their rivals……according to Sky Sports via Mail.

Juventus are looking for a buyer for Italian winger Federico Bernardeschi, 26……according to Goal – in Italian.