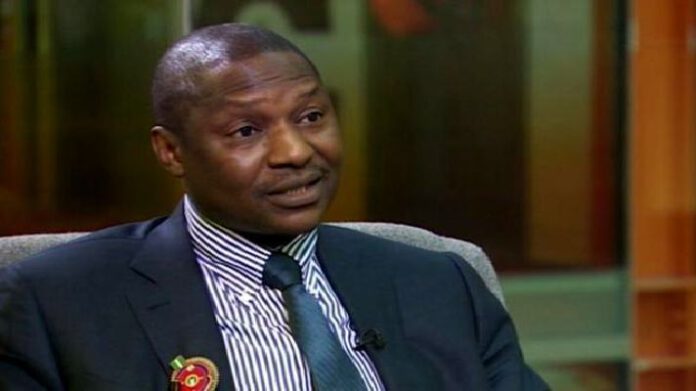 By Ibrahim Hassan Wuyo
The Arewa Youth Assembly has said that the Asaba declaration that banned the open grazing of cattle is totally unacceptable and threw its weight behind the position of the Attorney General and Minister of Justice, Malami against the southern governors.

Describing the declaration as myopic and unpatriotic, Arewa Youth Assembly in a statement signed by Mohammed Salihu Danlami, Speaker of the Assembly, said Nigeria is a Sovereign territory governed by a defined enacted constitution which states that every citizen has the right to live and go about his legal business in any part of the country.

The youths said cattle rearing is one of such legal businesses that is traced back thousands of years with many benefits to the Nigerian Economy and Africa at large.

The business is enjoyed not only by the cattle rearers but the whole of humanity. Some of these benefits include a source of income to individuals and the nation at large, creation of jobs, boosting of the agricultural sector as well as a source of nutrition.”

“Banning open grazing is automatically putting a stop to all these benefits and termination of many people’s source of livelihoods. Thus, we are highly disappointed and frown at the Southern Governor’s decision to ban open grazing.”

It is unfortunate and sad for such utterances to be coming from elder statesmen and the chief security officers of various states.”

“We call on; Federal Government to swing to a continuous action, act and protect the lives and properties of the genuine cattle rearers going about their legal business moving from one community to another in search of suitable feed for their livestock in Southern part of the country.”

They called on the Northern Governor’s Forum, Northern Elites, Traditional rulers, Youth organizations to checkmate the activities of Southerners residing in Northern Nigeria, alleging that many of them were involved in so many illegal businesses brought to their peaceful region.

These activities happen to be the propelling force of insecurity in Northern Nigeria today that has resulted in the backwardness of Northern Nigeria, lost of properties worth billions of dollars, loss of precious and promising lives.”

“If the southern governors will continue with the Asaba declarations, then we will be compelled to redefine the activities of Southerners residing in the North,” they said.

Stray Bullet: No Man Is God By Ralph Omale