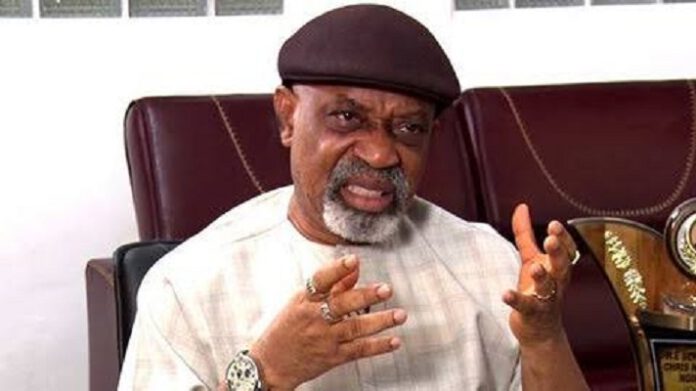 The minister of labour, Dr. Chris Ngige while reacting to a question on the strike by the Academic Staff Union of University (ASUU), urged the striking lecturers to embrace Integrated Payroll and Personnel Information (IPPIS) pending the resolutions of all issues on the University Transparency and Accountability Solution (UTAS).

He said the lecturers could migrate to UTAS just as they were moving into the Nigerian University Pension Management Company (NUPEMCO) after it was granted a licence to operate by the National Pension Commission (PenCom).

The federal government and ASUU had in March agreed to find ways of reconciling the two salary payment platforms – Integrated Personnel and Payroll Information System (IPPIS) and the University Transparency and Accountability System (UTAS).

Both sides said they had reached a memorandum of understanding (MoU) to settle the issues, which led to the commencement of a two-week warning strike by the university lecturers.

Ngige had said the March meeting resolved that modalities would be set out on how to merge IPPIS and UT.