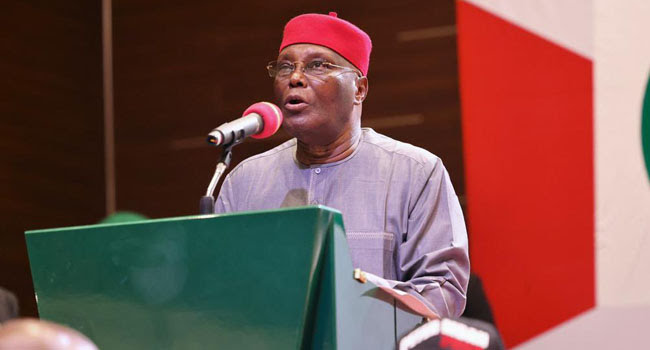 The presidential candidate of the Peoples Democratic Party (PDP) Atiku Abubakar on Tuesday visited Enugu State where he reechoed his pledge to rebuild the country.

Atiku, a former vice president, was accompanied on the visit to stakeholders by his running mate Governor Ifeanyi Okowa of Delta State.

He arrived at the Akamu Ibiam International Airport and was welcomed by the host Governor Ifeanyi Ugwuanyi and other party faithful.

At a meeting with stakeholders, Atiku restated his love for Ndigbo which he said led to his choice of Igbo men as running mates in 2019 and for next year’s election.

Aside from this, he reassured them of his commitment to restructure Nigeria and enthrone true federalism.

Jonathan Reacts As FG Seek Details of His Bank Account in...

CHARLES IDIBIA! How I Wish We Could Have A Common Understanding.