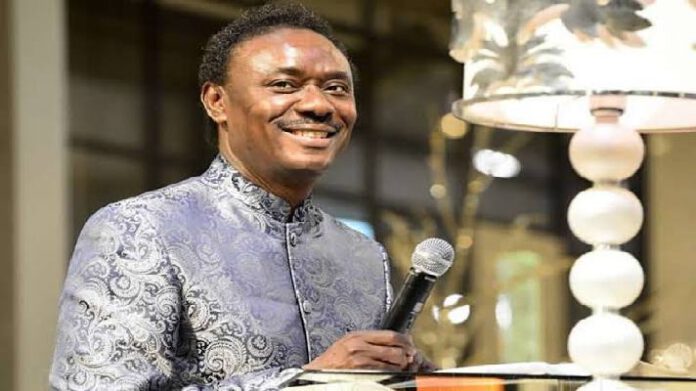 The founder of the Household of God Church, Chris Okotie, has rejected the guidelines issued by the Lagos state government for the reopening of worship centres.

The Lagos state government, on Thursday, announced that religious activities will resume in two weeks.

Some guidelines were also announced by the state government to facilitate the reopening of worship centres and to curb the spread of COVID-19.

They include the compulsory use of face masks; restriction of people below the age of 15 and above 65 years from services, while gatherings should not exceed one hour.

But in a statement made available to News Desk, Okotie rejected the guidelines, saying the “fulfilment of the Bible prophecy” against the church is already being played out and that rearranging the church’s mode of worship is “to deny God the divine prerogative of congregational adoration”

Citing how Dagon, the god of the Philistines, was destroyed in the Bible, he said the coronavirus will be annihilated in like manner.

He, however, said while his church awaits the defeat of the virus, its doors will remain closed until “these profanation and secularization have been pulverized by the Emperor of heaven.”

“Beloved, yesterday, the abomination of desolation took a giant step towards standing in the holy place. Fulfillment of bible prophecy is being accelerated by the forces of Janes and Jambres,” he said.

“To reorder temple worship is to deny God the divine prerogative of congregational adoration and the holy genuflects of the saints in light. Let no man’s heart be troubled by the vengeance of satanic antagonism.

“Dagon the god of the philistines fell in obeisance before the Ark of God. Coronavirus, the god of Secular Humanism will be decapitated in like manner.

“Our doors will remain closed until these profanation and secularization have been pulverized by the Emperor of heaven. Unto him shall the gathering of the people be. To thy tents O Israel.”

The clergyman had earlier criticised the proposed guidelines offered by the Christian Association of Nigeria (CAN) to the federal government, saying they were “unbiblical”.

According to CAN, the guidelines, in accordance with the government’s efforts to tackle the COVID-19, would determine the operations of churches when they reopen.