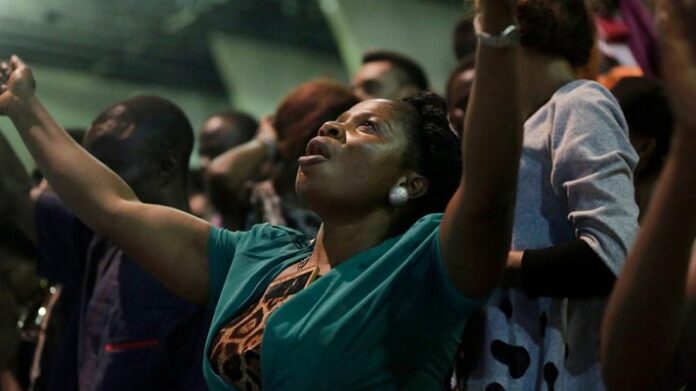 Christians have been called to lay their foundation on Jesus Christ for them to have peace.

The Resident Pastor of Living Faith Church, ( aka Winners’ Chapel), Ogbe- Ofu Branch, Ogwashi- Uku, Delta State, Pastor Segun Adeosun made the call during a sermon at the church.

Pastor Adeosun said that many people were suffering because they did not know God, adding that any one that knew God would have peace.

The cleric explained that peace was the platform where God takes over people’s battles, saying that anyone without peace had lost Jesus Christ.

He, however, assured that Christians should not fear, because God, according to him, had settled everything about fear.

Adeosun therefore urged Christians to always be joyful for them to have good health, saying that any one that had Jesus Christ through repentance had everything and any one according to him that lacked Jesus would lose everything.

Did You See Pepper In The Last 8 Years, Oyedepo Asks Nigerians

Don’t Blame Buhari For The Mess You Put Benue – Garba...