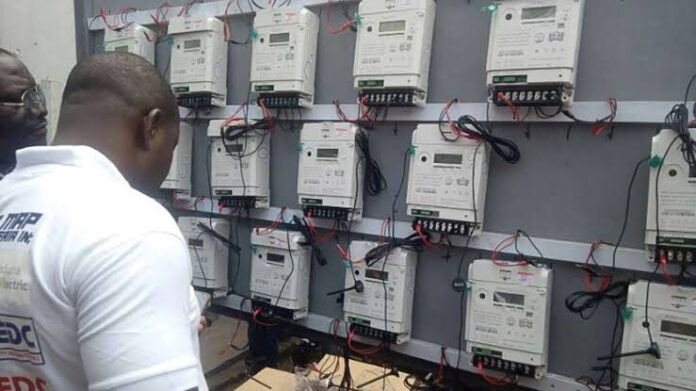 Electricity consumers willing to pay for meters will have to incur higher costs beginning from November 15, 2021 as the Federal Government has increased the prices of both single-phase and three-phase meters.

But consumers have kicked against the move and wondered why there would be an increase in the prices of meters when the government had announced last year that it was providing free meters to them.

The government announced the meter price increase in a circular dated November 11, 2021, issued by the Nigerian Electricity Regulatory Commission and addressed to managing directors, all electricity distribution companies and all meter asset providers.

The circular, with reference number NERC/REG/MAP/GEN/751/2, was entitled ‘Review of the unit price of end-use meters under the Meter Asset Provider and National Mass Metering Regulations’.

Explaining why it raised the price of meters again this year, the commission said the development was due to the macro-economic parameters in the country.

“Pursuant to the provisions of the Meter Asset Provider and National Mass Metering Regulations, the NERC note the recent changes in macro-economic parameters and hereby approve an upward review of the unit price of meters,” it said.

According to NERC, all prices are exclusive of Value Added Tax.

It said in arriving at the approved unit price, the commission had, in particular, only considered changes in foreign exchange and inflation since the last review of June 2020.

“This price review is subject to change upon the conclusion of the procurement process under phase 1 of the National Mass Metering Programme. This price review is effective from November 15, 2021,” the NERC said in the circular, which was signed by its Chairman, Sanusi Garba.

Going by the latest development, some of the nearly seven million customers without meters would have to pay for meters.

The Federal Government had said late last month that it provided about one million free meters for electricity consumers in the past 10 months under its NMMP.

It also revealed that the number of unmetered power users in Nigeria had increased by about two million, while the metering gap at the start of the NMMP in 2020 was about six million.

The Special Assistant to the President on Infrastructure, Ahmed Zakari, disclosed this during a live television interview session monitored in Abuja.

He said, “How do you distinguish between the meters you pay for under MAP and under NMMP, which are meant to be free because the CBN is funding it? I ask because there is no difference.

“Majority of the Discos are selling the free meters provided by NMMP and classifying them as MAP meters. So, the question is: which category of meters will be affected by this price increase?”

Obonga added. “I had a customer engagement programme recently in Uyo, Akwa Ibom State, and customers confronted me with receipts of payments for meters that were meant to the free. So, there is no distinction between NMMP free meters and MAP meters that should be paid for.

“The free meters are being sold by Discos under MAP. So how do you increase when we cannot even differentiate which is which? You hardly get free meters; people are paying for them. So, this move should be kicked against.”

An industry expert and legal practitioner, Kunle Olubiyo, said the government should reintroduce or modify the Credit Advance Payment for Metering Implementation scheme, introduced in 2013 to allow customers to be repaid by Discos when they purchase meters.

Olubiyo, who is also the president of Nigeria Consumer Protection Network, said, “We’ve had about five metering schemes with different models that have been changing.

“But the way to go is for us to rejig, recalibrate or go back to the CAPMI. Whatever we have, whether it is MAP or NMMP, we should harmonise or synchronise them and have it as a rebranded model of the CAPMI.”

He added, “It is a disservice to power users that we don’t have a sound working metering system up till now. Since customers are not equity stakeholders in the share of Discos, they cannot invest in the businesses of these Discos.

“So if we pay for meters, which we are not supposed to do, they must refund us back the money as allowed in the CAPMI model. Also, the regulator must be seen to be firm in this matter.”

But the presidential aide, on Friday, maintained that meters are free under the NMMP, stressing that customers who get meters under the mass metering programme would not be affected by the change.

“This change in price does not impact a consumer that obtains a meter under NMMP,” Zakari said.

According to him, the regulation is clear and that even if one decides to pay, there will be a refund process.

He said 90 per cent of meters in the market would go through NMMP in the near term.

Also commenting on the hike in meter prices, the President, Electricity Consumers Association of Nigeria, James Chijioke, wondered why the government and its agencies were aggravating the plights of power users.

The legal practitioner said, “ECAN is deeply concerned with the increase in the cost of prepaid meters despite the current hardship faced by consumers nationwide. We believe that NERC should look at the implementation of policies that will help stabilise consumers not the ones that aggravate the burden and price electricity out of the reach of low-income earners.

“And this is happening when there is no commensurate increase in salary and income, thereby creating more hardship. This will affect the overall productivity and economy of the nation. We believe this policy is wrongly timed.”