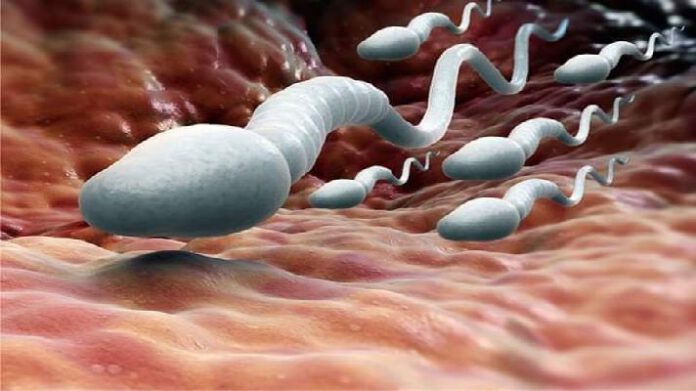 Many women complain about sperm leakages or sperm pouring out of their vagina after sexual intercourse, attributing it as the cause of their infertility.

This anomaly is quite common, especially in amongst women all over. The leakage or reflux of sperm from the vagina does not exactly cause infertility, although to a greater extent it can lower a couple’s chances of conception, given that to actually conceive a healthy baby, a woman will need a healthy sperm cell and an optimal vaginal health condition for this purpose to be accomplished.

Ideally, the sperm is structurally divided into the following parts:

Thus to ensure fertilization; altogether the above-mentioned structural parts of the spermatozoa ought to be functionally normal, otherwise becomes a case of male infertility.

On the other hand, a woman too has a similar role to play especially as it concerns the leakage of sperm out from the vagina after sexual intercourse.

Studies have revealed that women with a medical history of pelvic infections will induce the immune system to release anti-sperm antibodies within the vaginal tract, and so when the male partner ejaculates sperm into the vagina, these antibodies would inadvertently attack the “head” of the sperm thereby weakening its viability and capacity to impregnate the cervical mucus, lowering the chances of fertilization, and the rest of the ejaculate pours would pour forth, out of the vagina.

A couple with primary or secondary infertility suffering from sperm leakage issues after sexual intercourse may have other factors hindering their efforts at trying to conceive. So, it’s important you consider the following factors that could debar you from conceiving and maximize your efforts:

A woman with a history of genital diseases like I hinted earlier could have some antibodies lurking inside her vagina. These antibodies mistakenly could attack the male sperm cells inadvertently, and in the process harming the sperm.

A woman with thick cervical mucus can also suffer from the leakage of sperm from the vagina due to over-indulgence in foods with excess glucose content.

The reason behind this is that foods with high glycemic index increases the acidic pH level of the vagina and thickens the cervical (vaginal) fluid, whereas the sperm will require an optimal alkaline environment, and as a result this repels the male sperm leading to sperm leakages.

Women with tilted (or malpositioned) uterus have been found to suffer from sperm leakages from the vagina. This is because the normal uterus is in a anteverted anatomical position and more favourable for normal sperm movement into the womb, as against a retroverted womb that impedes the male semen from moving into the womb.

For a woman with a retroverted uterus, the best position to adopt is the rear position or doggy style this helps to increase your chances of conception.

Orgasm is a period of intense sexual climax in a woman, accompanied with spasm of the pelvic muscles which helps to pull sperm into the womb. Reaching orgasm and ejaculating concomitantly increases a couple’s chances of conception, even if sperm leakages still do occur.

To ensure adequate sperm enters into the uterus, and to minimize sperm leakages during sexual intercourse, the female partner should place a pillow behind her waist and then remain on her back for at least 20 – 30 minutes, without first dashing off to the bathroom for a wash!

To further enhance the influx of sperm into the uterus the male partner will need to deepen his penetrations, especially at the peak of sexual climax. This will ensure that sperm is ejaculated strategically around the gateway into the womb, increasing his chances of fertilization..

Do you find my article helpful, if yes Share

Nigeria Operating A Military Government In A Democracy – Bode George