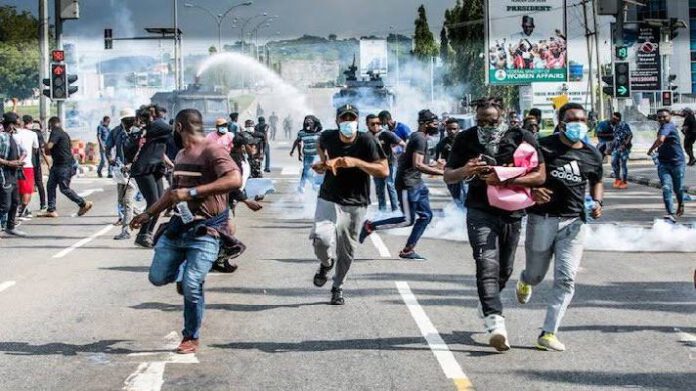 A magistrate court sitting in Abuja has admitted six #EndSARS protesters arrested in front of the National Assembly complex, Abuja, to bail five days after they were thrown in prison custody.

Magistrate Abdulrazak Eneye while ruling on the bail application filed by the defence counsel, Tope Akinyode, on Wednesday, granted the defendants bail of N50 ,000 each and one suerty in like sum.

The surety must be a citizen of Nigeria with a verifiable means of identification.

The court also held that the sureties must deposit the N50, 000 and copies of their identity and show means of livelihood to the court.

The court had last Friiday denied the defendants bail and ordered their remand.

The matter has been adjourned to January 25, 2021 for hearing.