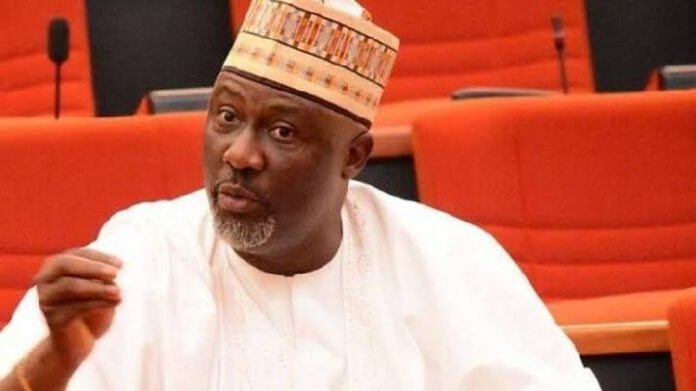 A former member of the Senate, who represented Kogi West, Dino Melaye, has called on the President, Major General Muhammadu Buhari (retd.), to address Nigerians, especially on the issue of security in the nation.

He stated, “In terms of interaction, we voted for President Muhammadu Buhari, not Garba Shehu. We want to hear ‘president said’ not ‘presidency said’.

The former senator stated that the solution to Nigeria’s insecurity is for the National Assembly to become “born again” and impeach the President.

He said, “The solution to this problem is simple, either the National Assembly become born again and impeach the President or the President agree that he is medically, physically, and politically incapacitated and then hand in the towel.”

Melaye, who is also a chieftain of the Peoples Democratic Party, believed that after the impeachment of the President, the country could go on to reform its security architecture, hold conferences, and start finding ways to get out of the security crisis.