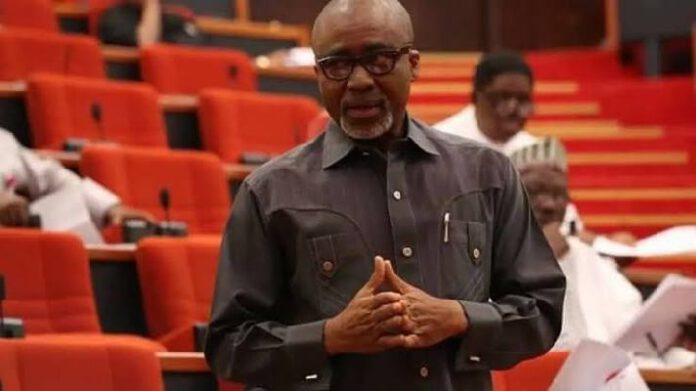 The Senate Minority Leader, Senator Enyinnaya Abaribe, has cautioned against any extension of a nationwide lockdown over COVID-19 pandemic. He warned that extending the cessation of movements would rather ignite major economic and security crisis that could hurt Nigerians, majority of whom depend on daily wages for sustenance.

The Senator, in a statement in Abuja by his Media Adviser, Uchenna Awom, said extension would be counterproductive as the people seem totally worn-out in all ramifications to soak in further shocks. He, however, called for a cautious and guided lifting of the lockdown where the existing measures such as compulsory wearing of face masks, sanitizers, and other associated sanitary conditions and personal hygiene are enforced in public places. “Aside from the above, daily disinfection of halls, rooms, vehicles, vessels, surroundings must become the new normal.

Doing these would definitely tamp the hot air and guide our people to resume their normal life. “My fear is that majority of our people in the informal sector are daily earners hence their survival is predicated on their going out daily if they must survive. Our people operate mostly in the commercial sector, I have the feeling that further extension of the lockdown would hurt the people the more,” he said.

Senator Abaribe however, appealed to the authorities to seriously ponder on the economic and security implications of a further extension of the lockdown on the people and of course on the country as a whole.

Meanwhile, Abaribe applauded the police, particularly the Inspector General, Mohammed Abubakar Adamu, for his prompt action in arresting the dangerous slide into major crisis in Abia State, over the reported cases of extra-judicial killings by men of the police force.