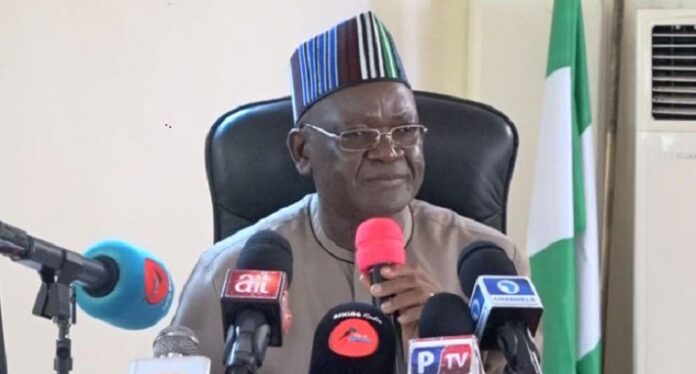 Governor Samuel Ortom of Benue State, has commended President Muhammadu Buhari’s decision to decline assent to the amended Electoral Act over the inclusion of mandatory direct primaries by political parties in the Act, saying his decision is in the best interest of the country.

The Governor who also lauded members of the National Assembly for the provision of electronic transmission of election results in the Act, appealed to the lawmakers to quickly act on the concern of the President by expunging the sections that provided for mandatory direct primaries and allow political parties adopt the type of primaries that suit them.

The Governor who spoke Tuesday in Makurdi while reacting to the decision of the President to return the piece of legislation to the National Assembly for review, said the reasons advanced by the President to support his decision to withhold his assent should be appreciated by all.

Hear him: “I must also commend President Muhammadu Buhari for withholding assent based on the process of primaries of the various political parties; and his appeal to the National Assembly to reconsider the clause that allow only direct primaries.

“All the reasons that the President advanced to support his decision to withhold his assent are deeply appreciated. I can assure you that as a veteran politician who had the privilege of witnessing direct and indirect primaries in various parties and also witnessed consensus arrangements, the President’s decision is best for this country.

2023: Results Will Be Transmitted In Real-time On Election Day