Goodluck Jonathan, former president of Nigeria and UN special envoy on crisis management, says for electronic voting is the only way to get credible elections in Nigeria and the rest of Africa.

Speaking on the presidential panel of The Osasu Show Symposium 2020, Jonathan said the outcome of elections should be decided by the ballots, not by any other means — not even the courts.

“To me if Africa especially will move forward is not just about routine conducts of elections, this year alone in West Africa made up of 15 states, we have five states that had elections,” Jonathan said.

“So in terms of regular elections, we are progressing, but are these elections credible? Are they representing a constructional democratic setting is the issue.

“Regular elections, fine, but elections per se is not democracy. If the votes of the citizens don’t count, then it is as good as military dictatorship. So from me, the reforms first get to us making the vote counts.

“And taking a critical examination about the way elections are being conducted across the continent at least from the once I’ve observed, I’ve seen that the only thing that we must do to get there is through electronic voting.

“People may feel, yes someone could manipulate, smart boys who can hack into the system and do all kinds of things, yes, but still people still use electronic system to move hundreds of millions of dollars across the world. So I still believe very sincerely that that is the way to go.”

Jonathan signed Nigeria’s electoral act in 2010, pushing a number of reforms, including the overhaul of voter’s register.

“For elections to be democratic, that means that the outcome of the elections must depend on the ballot not any other institution, not even the court. 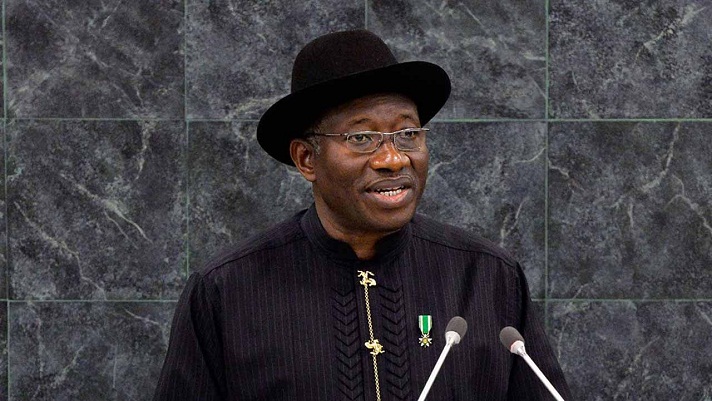 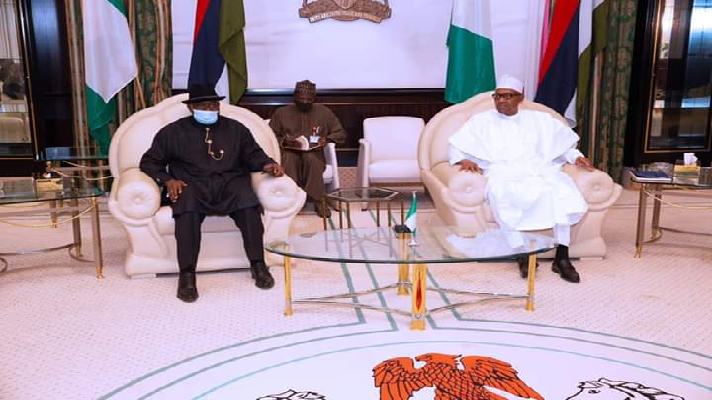 Ex-President Goodluck Jonathan on Tuesday paid a visit to President Muhammadu Buhari at the presidential villa in Abuja. The visit Read more

Akeredolu Can Only Win APC Primary Through The Back Door –...

Russia Has No “ill Intentions” towards Ukraine – Putin