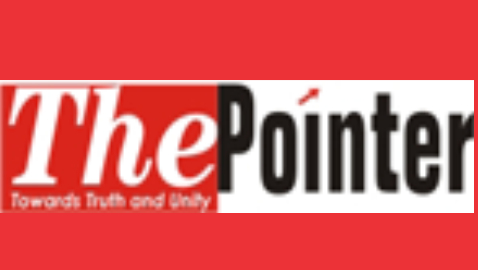 PEAW is an acronym for physical infrastructure, equipment upgrade, administrative reforms and welfare. Some organizations usually use the acronym for measuring progress over a period of time to ascertain what could be classified a legacy or failure. The acronym has its relevance in the developments that have taken place in The Pointer Newspapers in recent times.

It is on record that The Pointer Newspapers, publishers of The Pointer titles, has undergone different developmental stages since it was established in 1993, two years after the creation of Delta from the defunct Bendel State. It initially started as a monthly, graduated to a weekly, and for over 20 years, it has been a daily read. One thing the media outfit has on its side, is the zest to continue to survive in the face of scarcity of needed resources. It has maintained the three titles of Daily, Saturday and Sunday editions for years, consistently, unlike many state-owned newspaper outfits that are hardly on the stable.

Nevertheless, some of the progress of The Pointer has been characterized by unsteadiness. This means delay in getting needed attention or outright denial, occasion by budgetary and administrative bottlenecks. Internally, it had a content challenge which affected patronage in sales and advertisement, and readership. It was characteristic to go through a week’s package without seeing a single advert. Unsold copies were usually more than the ones sold. That was the lot of The Pointer.

All that is now history. The Pointer of today is wearing a new look in and out, particularly within the last two years. The entire complex has been painted. The structure cannot escape the admiration of passersby owing to its welcoming bright looks. What is more beautifying? The interlocking tiles that remind one of the looks of London streets where roads meet buildings without sighting sand. It is significant that in the rainy season, staff and visitors will walk in without the fear of having a muddy or sandy shoe into the offices.

See also  Protecting Our Environment As A Responsibility For All

Apart from staff who know where the shoe pinches, many others could testify of how officers would relocate from some positions to a better one in the offices whenever it rained. The roof was as old as the days of SDP and NRC. Age has caught up with most parts of the roof and therefore leaking, making it most inconvenient during and after rainfall. That is no longer the status. The new look of the roof The Pointer premises wears is part of the physical features that now adds to the aesthetics of the entire complex.

The engine room of any media organization is the newsroom. The level of comfort in any newsroom largely affects the content coming from it. That of The Pointer can be said to have evolved from very bad to fairly good. In years past, it used to be hot, dark, untidy, crowded and too distracted an environment for meaningful thought-processing. Gradually, it got air conditioned to lessen the discomfort. In the last two years, the hitherto newsroom was transformed totally to partitioned and well-furnished offices. An ultra-modern newsroom; more spacious and conducive, was built in a nearby space as replacement.

Talking about conduciveness, the ultra-modern newsroom, upon completion was equipped with units of split air conditioners, TV sets, fridges, furniture, as well as other operational tools and kits such as photo cameras, desktops, laptops, ultra-modern midget recorders and power packs. Generally, the complex now enjoys the luxury in equipment upgrade after the provision of a modern router for ICT services, and website. The challenge of distribution of the newspapers was also tackled. Within the last two years, a total of three (3) circulation vans have been procured.

Administrative reforms were not left out. The state government was not pleased that The Pointer was hardly surviving due to inadvertent self-immolation. The outfit does not have, yet gives out so many copies as complimentary. The state governor had to stop all such gifts but rather chose to be paying for it, just as he does for other newspapers. This policy compelled other state actors and MDAs to be paying for their Pointer newspapers.

Another policy was introduced, requiring MDAs to pay for adverts in The Pointer. A lot of revenue was denied the outfit in this regard. Actors in government refrained from paying for adverts, all in the name of the organization being government-owned, yet some are usually quick to blame the newspaper for not ranking with national counterparts. This policy has greatly helped to shore up the revenue and prospect of the newspaper.

The relationship between the board and management of The Pointer and the Ministry of Information (MOI) has been further strengthened with the entrenchment of a culture of effective official liaison between MOI and The Pointer board / management. Today, the regular interface between the ministry and its parastatal has helped to take away frictions, thus enabling The Pointer to smoothly dispense its responsibility of providing timely reportage of activities of the state government and the general public.

The main source of revenue of any newspaper is sales of copies and adverts. Leakages do occur. To check this anomaly in The Pointer, an audit unit was created specifically in the office of the general manager. The unit is meant to monitor revenue flow and ensure monies enter the organization in line with advert services rendered. As expected, leakages will not only be checked but the financial fortune of the outfit will be enhanced

Another area of administrative progress is the policy of deploying state information staff to file reports/features in The Pointer, making it mandatory for reports by information field officers to carry bylines. The morale of the affected staff has been boosted by this policy, seeing their bylines in The Pointer. More importantly, the newspaper content has been enriched with reports from the nooks and crannies of the 25 local government areas.

For many years, staff in The Pointer have been denied their various regime of allowances. It is a known fact that no organization prosper without a good welfare policy for its workforce. Welfare packages are stimuli for greater productivity. The state government understands this as a motivational tool, which prompted the recent restoration of staff allowance in The Pointer. By implication, the Biblical saying that a labourer is worthy of his pay has come to stay in the organization. Those who are hardworking and resourceful will now have cause to remain so in attitude and orientation.

The welfare reforms also benefited the freelancers in The Pointer. Their monthly stipend was increased by one hundred percent. Bearing in mind the reality of the choking economic situation in the country, the increment can be described as timely and soul-saving. The morale of the freelancers has been uplifted, and invariably, their commitment to the newspaper.

Looking keenly at the PEAW legacies in the affairs of The Pointer in recent times, it is obvious that a lot of transformation, once thought impossible, have taken place. The changes, which are forward-looking, are for a better working environment and motivated workforce, ultimately for enhanced service delivery. The prayer that will be in the lips of every staff is for the outfit not to know better yesterday. They have seen the best ever and will hope for better.

In all of these, there was a steward in charge, transforming the PEAW legacies to a success story in The Pointer. His name is Charles Aniagwu, immediate past Commissioner for Information, Delta State. He is indeed worthy of commendation.

We Can Wipe Off Multidimensional Poverty In Less Than A Decade...