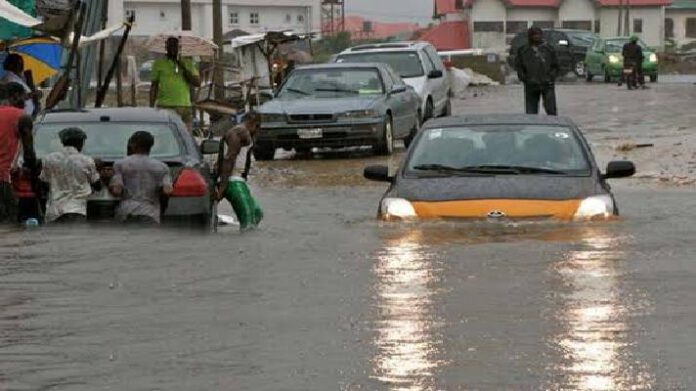 The Federal Government has again warned that floods may wreak havoc in many states of the federation.

It said the floods would begin from Kebbi State any time from September 6 going by an alert from the Niger Basin Authority to which Nigeria is a member.

Other states that might be severely hit are Niger, Kwara, Anambra, Delta, Edo, Rivers, Bayelsa, Nasarawa and Kogi that are contiguous to River Niger.

The agency in charge of flood prediction, the Nigeria Hydrological Services Agency (NIHSA) added that, apart from the fact that Nigeria still had many days of rainfall this year, flooding might be worse, if excess waters from the dams in other countries upstream rivers Niger and Benue are released.

It therefore, asked states and relevant government agencies to clear blocked drainages and dredge river channels as a matter of urgency since Nigeria is located downstream other countries in the Niger Basin.

The Nigerian Meteorological Agency (NiMet) had in its 2020 Seasonal Rainfall Prediction (SRP) released recently warned of heavy flooding that would be caused by torrential rains. It said that the earliest cessation date for rainfall in the southern part of the country is December 28 and September 26 for the North.

Echoing the warning on Tuesday NiMet’s flood alert warning, NIHSA urged communities along the coastal lines to move to safe grounds because the remaining days of this month, September and October would come with heavy rains

The agency’s Director-General, Clement Onyeaso Nze, however, said in a statement that they were monitoring the flood situation along the River Benue axis

According to him , information from the regional Niger Basin Authority (NBA) headquarters in Niamey, Niger Republic, had it that last Sunday, the flood level of River Niger was 6.60 metres, an “ already Red Alert zone.”

The statement reads in part: “This current development portends some level of concern for Nigeria as there could be likelihood of river flooding in the states contiguous to River Niger.

“This flood magnitude sighted in Niamey on August 23, 2020, is expected to arrive Nigeria through Kebbi State around September 6, 2020. Operators of Kainji and Jebba Dams have long been alerted to take appropriate measures in the operation of the reservoirs.

“ Kainji Dam is now spilling water at the rate of 1,000 m3/s, i.e. 86.4 million cubic metres/day. This means that communities downstream Kainji and Jebba Dams could be flooded. The Shiroro Dam on Kaduna River is still impounding, though there is the possibility of spilling water in the weeks ahead.

“It should be recalled that the year 2020 Annual Flood Outlook (2020 AFO) publication, which was presented to the public in May 2020 by the Minister of Water Resources, Engr. Suleiman Adamu, predicted that some parts of, at least, 102 LGAs in 28 states fall within the Highly Probable Flood Risk areas, while parts of 275 LGAs in the 36 states of the federation, including the FCT, fall within the Moderately Probable Flood Risk areas.

Atiku: What I Will Do Differently To Put Nigeria’s Economy On...