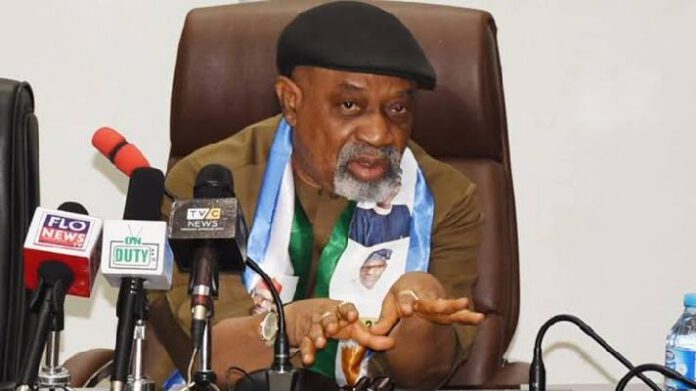 Indications emerged Friday that the Federal Government has released the sum of N4.5 billion to 31 Federal Teaching Hospitals and Medical Centres across the country to cover hazard and inducement allowances for the month of April and May.

Ngige expressed optimism that the strike action embarked upon by the Resident Doctors will end soon.

The strike which commenced on Monday this week followed instructions by the NARD to its members to down tools over shortage of Personal Protective Equipment (PPE) and poor remuneration for members as they battle the raging Coronavirus pandemic.

“Just this morning, before we went to see Mr President, the Ministry of Finance reported that as at this morning, 3am, they have paid the allowances for hazard and inducement to 31 teaching and Federal Medical Centres and specialist hospitals of the federal government service and they have expended close to N4.5 billion in the payment because we are paying them the arrears of April and May. The payment for June will also be done immediately these ones are sorted out.

“Again, it’s important to report to you that in consonance with what he’s saying, we have arranged a meeting for them to speak to the Nigerian Governors’ Forum because you don’t mix apples and oranges. The issue of health is on the concurrent list, so the federal government will do its own and the state governments will be expected to do their own. Some of their grievances border on what they feel the state governments have not done.”

Ehanire on his part said: “We hope that there is a solution in sight; what we have done is to brief the President of the country, who as we all know has the final responsibility for everything that goes on in government. Those of us who are Ministers administer our ministries and have to report to him periodically.

“He listened to us carefully. Of course he is not happy that it has come this way and we all hope that it would be resolved after all the demands that were made have been resolved.

“The Minister of Labour has listed those demands and how all of them have been fulfilled except those of them which are not within our ambit; if the Association of Resident Doctors has a quarrel with a State government the Ministry can put in a word for them but we cannot order any State to do anything.

“All those things that have to do with disciplinary action within the Ministry of health will be attended to and what we have also urged the resident doctors to do is to have some trust in the system, this is a government, a regime that has always lived up to its expectations and always met its promise and not lump all regimes together in one box,” he said.

Ehanire appealed to the striking doctors to return to work so as to save lives, especially in the fight against COVID-19 and other diseases.