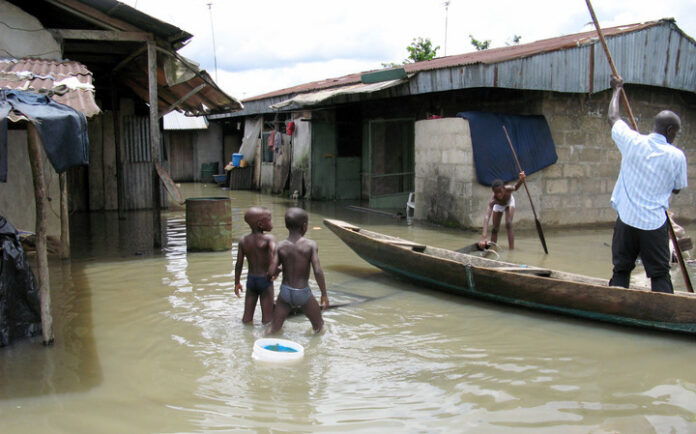 The recent surge of flood in the riverine areas of Delta State leading to lots of destruction of buildings, property, farm lands and food products is far gone beyond the expectation of indigenes of Ibedeni and surrounding communities.

The President-General of Ibedeni Community in Ndokwa East Local Government Area, Mr Edward Iyeritufu, while lamenting the situation recently, said the flood had swept and ravaged the entire houses in the community.

The president, who also expressed sympathy in a condolence message sent to the people, encouraged everyone affected by the flood to take solace in the fact that it was a natural phenomenon, and that there was nothing anyone could have done to avert the incident.

This, he said, had also led to loss of lives, adding that a man was brought out dead in a submerged car among other incidents.

He said that Ibedeni Community Executives had conveyed the plight of the people to the government authorities to take cognisance of the situation and come to their aid.

Iyeritufu pointed out that within the limit of the executive’s resources, speed boats had been hired to evacuate displaced victims from the community with some relief materials provided.

Meanwhile, the rate of this year’s flood has been likened to the devastating flood that occurred in the year 2012 and even much more.

IDP camps are currently being set up by relevant persons and authorities to accommodate and help displaced families within Ndokwa communities.