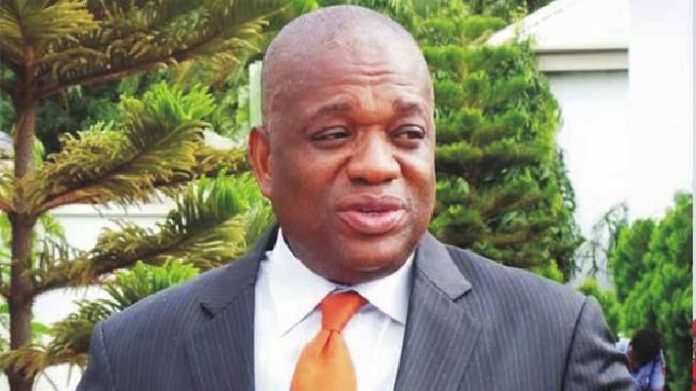 Former governor of Abia state, Dr. Orji Uzor Kalu has said those who staged a protest against him in Aba, the commercial nerve centre of the state should have instead protested that civil servants, teachers and pensioners have not been paid by the state government for months.

Addressing the people the people of Arochukwu recently during a project tour in the area, he said democracy is about the development of the people but not political office holders.

While decrying the use of thuggery to manipulate elections, the Senator representing Abia North said lack of accountability in governance is traceable to the use of thugs to win election, adding that those who deployed thuggery to win do not come back to account for the people, saying democracy is about one man, one vote.

“In Aba North and South, go and watch, nothing will happen there in the next two years because we are in a democracy of thuggery. When you employed over 5,000 thugs to win a House of Representatives election, it make no sense.

“I have been in the Senate for one year and you can see my report card. It is there in Arochukwu town, and across Abia North” he said.

They were said to have staged the protest in jubilation that a younger brother of Sen. Kalu, Mascot Kalu who was the candidate of the All Progressives Congress, APC lost out.

Following intervention of political leaders from Abia North, they shielded plans to take the protest to the zone.

I Am Praying For God To Remove Buhari Bishop Francis Wale...

I Know The Way To Prosperity – Tinubu