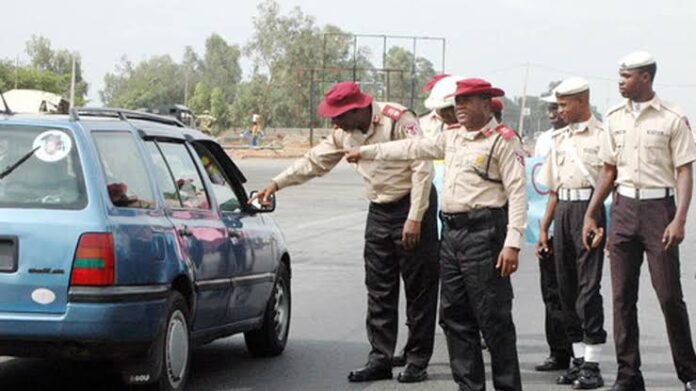 The men of the Federal Road Safety Corps, Agbor Command has handed over cash and other items recovered from accident victims to their relatives.

The items handed over to them include, cash in the tone of, One million, four hundred and thirty four thousand seven hundred and fifteen naira N1,434,715

Speaking at the occasion held in Agbor, Ika South Local Government Area of Delta State, FRSC Delta State Sector Commander, Corps Commander Udeme Eshiet, observed that it is the tradition of the corps to return recovered items from accident victims to their family members.

He decried incessant road traffic crash, particularly along the Asaba-Benin expressway, saying that it mostly as a result of over speeding.

While consoling the relations of the crash victims, he cautioned motorists against driving on top speed while assuring that the corps will intensify effort in educating the public on road safety rules.

According to him, the money was recovered from five persons who were killed in the road traffic crash which occurred on May 10, 2022 by Stevenson hotel along Asaba/Benin expressway, Agbor.

Continuing, Mr. Eshiet commended his team for upholding the integrity of the corps and for recovering cash and for their effort in bringing together families of the victims.

He regretted the death of the victims who according to him, were very active members of their association on a business trip from Onitsha to Ondo State that fateful day.