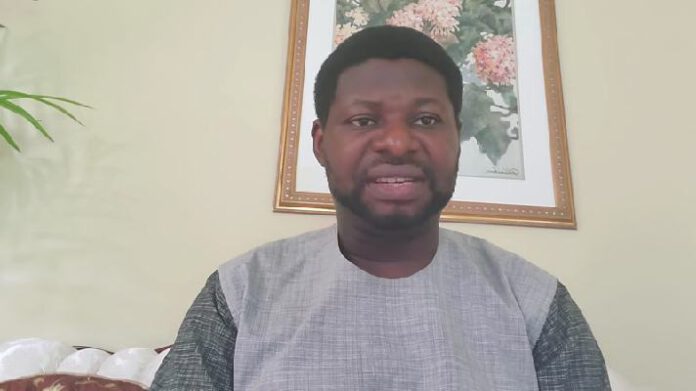 Senior pastor of Awaiting The Second Coming Of Christ Ministry, Adewale Giwa has urged the people of Ondo state to use their collective votes to end the administration of All Progressives Congress, APC in Ondo state.

Giwa, while reacting to the hike in petroleum pump price and electricity tarrifs under President Muhammadu Buhari’s administration, said the people could only send the APC out of power through their votes.

Specifically, the cleric advised the citizens of Ondo state to shine their eyes and use the hike in electricity tarrifs, petroleum pump price and APC’s bad governance to send governor Rotimi Akeredolu out of the Alagbaka government house.

He said,” I think no amount of words, protests could change this evil party, called the APC. They have come to destroy, kill and empty the nation’s treasury.

“It’s just unfortunate that people don’t see beyond their nose(s). They don’t mean well for Nigeria, and only those who have conscience among them can do the right thing.

“Governorship elections are coming in Edo and Ondo States, I hope people won’t exchange their votes with money, I hope they will vote according to their conscience.

“I don’t know of Edo State, because I am not an Edo man, but I know of Ondo state that the governor is ready to destroy everything if re-elected.

“Let me urge my people to shine their eyes and use this period to send governor Akeredolu back to Ibadan.

“The only thing left for them now is rigging because people can now see clearly that they have been duped.”

I Never Ordered Military To Kill Igbos In Rivers – Wike

We Are Confident To Showcase What Delta Has Done – World...