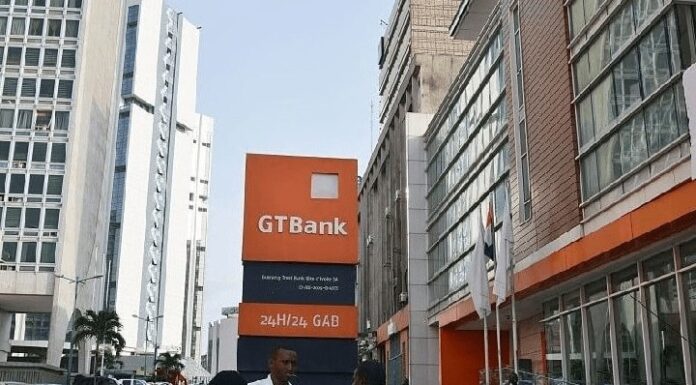 On December 31, 2021, Bankole Clement woke up happy to see the last day of the year. Like many people, he had exciting New Year celebration plans for himself and his family. He was looking forward to entering 2022.

But Bankole soon started receiving debit alerts for transactions he never carried out. By afternoon, N2.95 million had been deducted from his Guaranty Trust Bank (GTB) account.

“I’d been hearing stories of people getting debit alerts for transactions they did not carry out, but I never thought it could happen to me, being a very careful person,” he told NEWS DESK PAPER.

“I couldn’t believe my eyes when those debit alerts started coming in the afternoon, at past one. He said he experienced all kinds of emotions on sighting the debit notifications on his phone.
“Suddenly, I found myself on the bathroom floor, and in a pool of water. I also heard people shouting my name from a distance not too far from where I was lying. When I eventually looked around, I saw that people were praising God on my behalf. I had indeed fainted as a result of the development.”

Bankole would later visit the GTB branch closest to where he lived in Agbowo, Ibadan, Oyo State, in the company of his wife.

A female customer care officer, who checked Bankole’s account, discovered he only had a little over N9,000 as balance. He was then given a dispute form to fill with a promise that the incident would be investigated and that a resolution would be communicated to him as soon as possible.

However, Bankole has not got any favourable feedback from GTB.

“Looking at the debit alerts I had received, the funds were moved to a Sporty Bet account, and when I contacted Sporty Bet, I was told my Bank (GTB) would have to be very proactive in helping me recover back the money. Later in the day, I got a call from Sporty Bet informing me that a part of the money had been moved to Sparkle Microfinance Bank,” he said

“I have never at any point in my life placed a bet, because I have always been contented with the little I have. How my account details became public knowledge, such that fraudsters were able to have access to my funds, is what I demand to know. This goes to show that customers’ savings are no longer safe with these banks.

“These are funds I have been saving up to process my postgraduate admission in the United Kingdom. I need GTB to help recover my money,” said Bankole.

NEWS DESK PAPER made several calls to GTB, but they were not answered. An email sent to the bank had also not been responded to at press time.