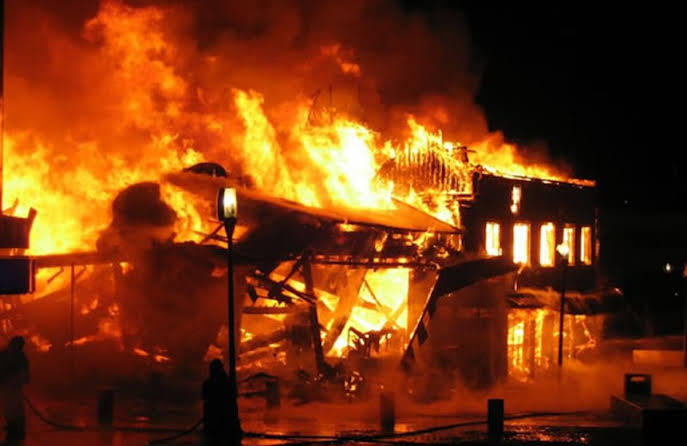 The Okigwe South Area Command of the Nigerian Police in Imo State was on Monday evening razed by yet-to-be identified gun men.

This is also as the assailants killed five policemen and abducted one before torching the command.

The police command, which is located at Orieagu in Ehime Mbano Council Area covers Ehime Mbano, Ihitte Uboma and Obowo council areas of the state.

An eyewitness, who spoke to our correspondence, said the gun men arrived the police command in a Hummer bus.

As at the time of this report, the Police authorities were yet to comment on the incident.