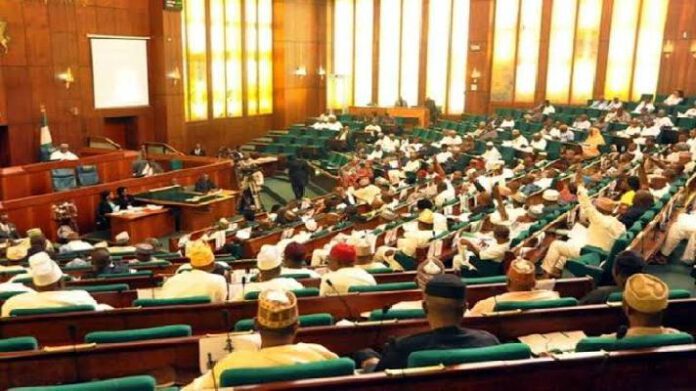 The House of Representatives Committee on Public Accounts on Monday expressed serious reseration over the shopping sum of N186 billion reportedly expended on the Federal Government’s School feeding programme by the National Conditional Cash Transfer Office (NICTO) the coordinating office handling the project in the Presidency.

The Chairman of the Committee Hon Busayo Oluwole Oke and other members of the Committee while grilling the National Coordinator of the School Feeding Programme Dr. Mrs Sinkaye Temitope and National Safety Net Coordinating Officer Mr Iowa Apera on the disbursement of the N64bn out of N186 billion said to have been so far spent on feeding the school pupils alone expressed displeasure over the development, discribing it as outrageous and unacceptable.

Consequently, the Committee currently investigating the management and utilisation of the Presidential Task Force PTF on COVID-19 demanded a complete project audit of the programme immediately

The lawmakers were enraged by a document submitted to the committee which showed that the NICTO office received a credit of $400 million from the World Bank, $321 million from Abacha Restitution and another $400 million said to be balance from the government equity fund.

But the National Coordinator told the lawmakers that the feeding programme had been on-going since 2016 when the Ministry of Humanitarian Affairs initiated it and had so far gulped N186 billion in totality.

Momah was visibly enraged as it was documented that 200,000 pupils from different families had benefited from it from Ihiala local council area of Anambra State which he refuted.

The Committe Chairman Rep.Oke who also administered an oath to the National Coordinator also said that the Committee would look at the documents submitted adding that the funds mighty not have passed through appropriation by the parliament.

Insecurity: What President Buhari Needs To Do – Newsdesk Editorial

Why We Voted For E-Transmission Of Results With Conditions – Lawan