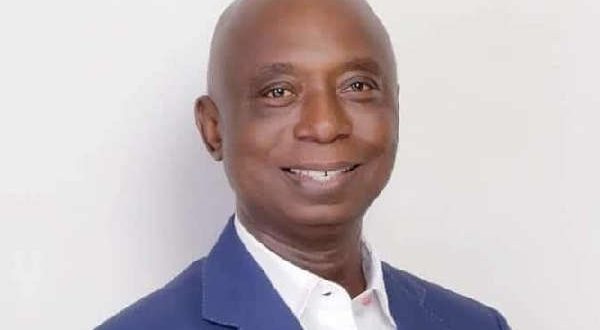 Prince Ned Nwoko of the Peoples Democratic Party (PDP) has said his vision to become the next senator to represent Delta North Senatorial District is to enable him champion the area to an enviable height.

He made the remarks during his campaign at Ogwashi-Uku, Delta State.

Prince Nwoko said his tenure at Federal House of Representatives brought notable developments to his constituency, adding that his victory would mean matching forward for the people of Delta North.

Nwoko, who was accompanied during the visit to Ogwashi-Uku by Ambassador Dele Omenogor, Honourable Pascal Adigwe and others, said Delta North would regain its lost glory when he was elected as the next Senator of Delta North district.

He said he is not into politics to acquire wealth, but to attract developments to his people and area, adding that development of the area was his major focus.

While saying that this time election should not be a time to support somebody because of money, he called on the electorates to support people that had the interest of the area at heart.

He said that he would not be a senator and at the same time a contractor, saying that if at all there were contracts, he would call the people of the area to execute it for them to have a sense of belonging.

Nwoko said that 23 years of democracy was enough for the people to know him,   especially his records at the Federal House of Representatives.

The chairman of Peoples Democratic Party (PDP) in Aniocha South Local Government Area, Prince Mike Okwufulueze, in his speech, described Nwoko as a man well known to the people of Aniocha South.

He said that the people were aware of Prince Nwoko’s philanthropic gestures to the people and the nation in general,including his efforts in Paris Club Refund and his recent establishment of Sports University, Idumuje-Ugboko, adding that Nwoko had the interest of others at heart.

APC Should Be Apologising Not Campaigning – Pat Utomi

Okowa To Omo-Agege: I Have Constructed 4 Road Projects In Your...