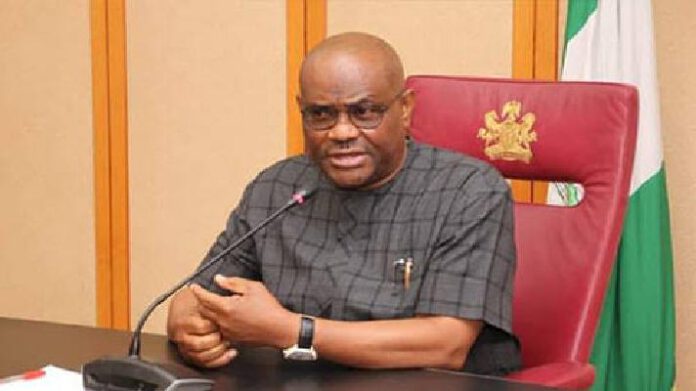 The INC, in a statement yesterday by a member of the National Representative Council (INC), Elder Christopher Abarowei, called on politicians who had declared support for Wike’s presidential ambition to withdrew it until he tenders an unreserved apology to the leadership of INC, Ijaw Youths Council (IYC) and the entire Ijaw nation.

According to Abarowei, the office of the Governor of a state and President is supposed to be occupied by persons who are considered by those who voted them into office in the first place as being among the best in terms of their ability to manage success.

He said: “There is a popular saying that you know a person better when you give him power.

“Governor Nyesom Wike has not disappointed those who helped him to be governor as he has turned himself into a complete public nuisance with the way and manner he quickly insults people at the least provocation.

“This drift into uncivilised and uncouth adventure by a state governor is in our opinion unacceptable, undeserving and outrightly condemnable.

“The recent outburst in a church of all places by Governor Wike against the Ijaw National Congress (INC) and the Ijaw Youth Council (IYC) is a clear case of a man whose mental state has to be interrogated.

“It is highly unacceptable for a man occupying the most exalted position of Governor of Rivers State to use derogatory words like ‘Thunder Fire You’ in a church that is supposed to be congregated by decent people and respected workers in the Lord’s vineyard.

“This is a clear indication that the governor lacks the moral compass to manage a state not to talk of his delusional attempt to occupy the most exalted position in Nigeria.

“How will he feel to ask for the votes of delegates of Ijaw extraction from Delta, Edo, Rivers and Delta states whom he wants thunder to fire?

“Governor Wike should better still allow his aides to do what he is shamelessly doing now as the job of an attack dog does not in anyway fit into the job description of a state governor.

“We wonder how comfortable this governor is with him having issues with almost everything around him except for his bloated ego.

“There is a popular rule in boxing that requires a boxer with the longer reach and height to come down to the level of a shorter opponent to hit his target.

“In the process, the shorter man has an advantage to hit the face of the taller opponent with ease. Wike should be knowledgeable enough to know that using gutter languages will force weaker opponents to dive into the gutters with him.”

He said no governor of Ijaw extraction had ever insulted the Ikwerres the way Wike throws caution to the wind to insult Ijaws at random.

He asked him to come down from his high horse and build some moral decency and desist forthwith from insulting Ijaw people as his becoming a governor was a function of some Ijaw persons lifting his head, legs and hands.

Abarowei said his fellow Ikwerre brother, Chibuike Amaechi, the current Minister of Transportation, would have crushed him without the support of the Ijaws