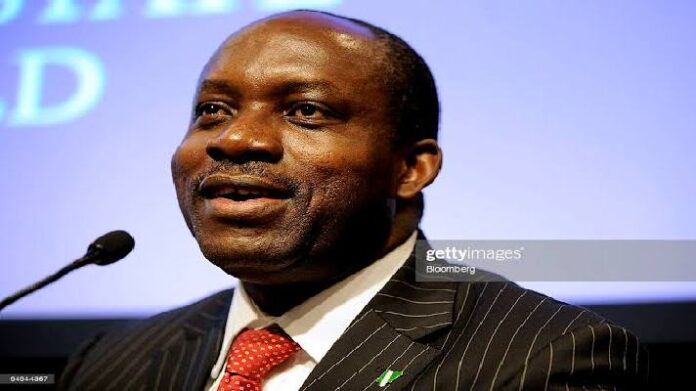 The Independent National Electoral Commission (INEC) has declared Chukwuma Soludo of the All Progressives Grand Alliance (APGA) the winner of the November 6 governorship election in Anambra State.

Mr Soludo polled a total of112,229 votes to defeat his closest rival, Valentine Ozigbo of the Peoples Democratic Party (PDP) who scored 53, 807 to emerge second.

Andy Uba of the All Progressives Congress (APC) candidate got a total of 43,285 votes to emerge the third position.

The Returning Officer for 2021 Anambra governorship election, Florence Obi, announced this in the early hours of Wednesday at INEC headquarters, Awka.

The commission, however, fixed Tuesday November 9 for supplementary election in Ihiala.

Announcing the final result, Ms Obi noted that after adding up the results collated from Ihiala, Mr Soludo continued his lead in the election.

She said that Mr Soludo won in 19 of the 21 local government areas of the state.

The PDP candidate won in Ogbaru with 3,445 votes, APGA scored second while APC came third in the same council.
Ifeanyi Ubah of the Young Progressive Party (YPP) won in his home local government, Nnewi North, in spite of coming a distant fourth in the overall score card with 21,261 votes.
The returning officer, who is the Vice Chancellor of the University of Calabar, said: “Prof. Chukwuma Soludo having scored the highest number of valid votes was declared winner of the election.”

The returning officer had earlier stated that Anambra with a total number of 2,466,638 registered voters only had a total of 253, 388 accredited voters for the election which began on November 6 and was extended to November 9, 2021.

Mr Soludo is expected to be sworn in, in March 2022, when the tenure of the outgoing governor, Willie Obiano, expires. Mr Obiano and Mr Soludo are members of the same party, APGA.

2023: I Have No Special Candidate, Only National Agenda – Obasanjo

US Secretary Of State To Meet Buhari Over Insecurity