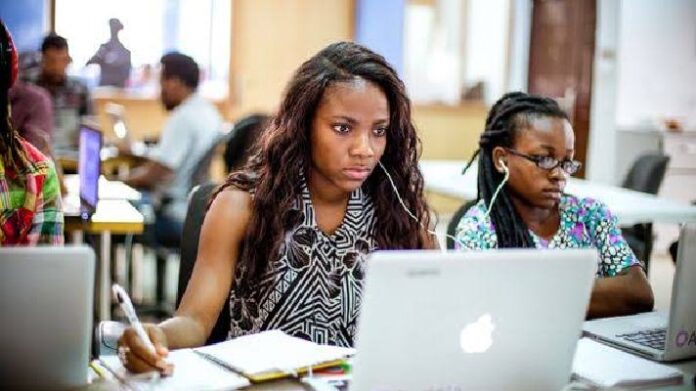 I begin to see Nigeria as a country where people say all manner of things that may affect people, sometimes, in a very damaging way. Is it because everyone has freedom of expression? A case in point in our country where overwhelming number of our youths are saying that education is a scam. This evil saying is growing a greater momentum in the country.

There is a biblical saying, that out of the abundance of the heart the mouth speaks. This is exactly what many of our youths put across due to their laziness, gullibility, quest to get rich quickly syndrome and lack of perseverance. Some view education as a long process of achieving their aims in life, hence they termed it as a scam. What an ironical statement?

Education is the knowledge, skills and understanding you get from attending a school, college or university(Merriam-Webster Dictionary). Some experts and educational body gave a similar definition. NERC, 1976, sees education as the process of preparing an individual from birth and all through life for happy and useful membership of the society in which he is born. Habte and Wagaw 1993, opined that, education is a mechanism by which a society generates knowledge necessary for its survival and sustenance and transmits this from one generation to another. The process of facilitating learning or the acquisition of knowledge, skills, beliefs, morals, values and habits(Wikipedia). Whichever way you see education defined, it does not include making money or wealth or getting automatic employment. To me, I see education as a process of acquiring knowledge, skills, morals, values, habits either in a formal or an informal setting, that transforms an individual from the state of obscurity to a limelight. By this, I mean getting an exposure, enlightenment or awareness to face life realities or the world of works. The importance of education either a formal or an informal, is the ability of an individual to think independently, be determined, focused and be able at all times to adjust in life.I think education should not be likened to a scam but we are unfortunately scammed by our mindset and wrong assumptions

Education as a scam is a perceived mindset commonly expressed by individuals who assumed that acquisition of knowledge and training in our educational institutions is a complete deceit, waste of time, money and resources. As many of them after acquiring educational qualifications have no place in the labour market, no good enabling environment for graduates to showcase their acquired knowledge, individuals with higher educational qualifications struggle at almost the same pace with the ones with little or no qualifications. Apart from that, acquisition of wealth in Nigeria does not depend on the level of educational qualifications. These are some of the reasons why education is wrongly perceived by many disgruntled individuals as a scam. These categories of persons feel that whenever you acquire education, there should be a ready made job opportunity for you or government must provide an enabling atmosphere for you to thrive. These set of persons could not understand the state of affairs in the country. Who is scamming who? Is it the knowledge one acquired through education that is scamming him or her or the institutions that offer education or training is the scam?

Many of our youths have forgotten that life is not always a bed of roses. They have not observed that education nowadays requires patience, dedication, obedience, discipline, perseverance and is expensive.

Let me ask: can our Professors and University Lecturers say education is a scam? Can teachers at the Primary and Secondary Schools say so?. There is an adage that says: animals that climb with the teeth know perfectly well the trees that are bitter.
Will Ministers, Governors, Senators, political office holders in Nigeria say education is a scam? If education is a scam why do our political office holders and millionaires send their children to the best Universities abroad or the most expensive private institutions in Nigeria. If education is a scam, why do many states in the federation and even Federal Government send students abroad to study on scholarship? Even within the country, government spends huge sums of money paying bursary awards. For example, the Governor of Lagos State, His Excellency Sanwo-Olu, a few weeks ago gave an automatic employment and a post graduate scholarship to the best first degree graduating student from Lagos State University Mr. Oladimeji Oshotunde to study in any part of the world of his choice. In addition a cash prize of five million naira(N5,000.000) was given to him. And the best graduating Master’s Degree student, from the same university got a cash prize of five million naira(N5,000, 000.0 0). These good gestures are what the federal and state governments have been showing on deserving individuals to encourage scholarships and promote academic excellence. Yet, our youths term education as a scam.

In December, 2020, irrespective of the dwindling revenue in the country occasioned by Covid 19, the Governor of Delta State, His Excellency, Sen(Dr) Ifeanyi Okowa in furtherance of his commitment to human capital development and love for the youths education, announced the immediate payment of Students’ Special Assistance Scheme(SSAS), otherwise known as bursary, to students of Delta State of origin in tertiary institutions across the country. The continuous payment of the Students’ Special Assistance Scheme is to assist Delta State students’ financially. If education is a scam why do many top politicians, philanthropists and NGO(s) in Nigeria give scholarship on a yearly basis,? If education is a scam why are scholarship and automatic employments given to best graduating students by Nigerian governments as a way to encourage high academic performance in Schools.

Do you know that even on the internet a lot of people from all parts of the world have written to assert that education is a scam. These show that education as a scam is a global menace. Some claim that a good percentage of billionaires and millionaires in the world do no acquire degrees. They are oblivious of the fact that education, is education irrespective of the level whether formal or informal, primary, secondary or tertiary. They are equally of the opinion that one can make wealth or money when he is organised without education. I personally, see all millionaires to be educated, is just the level of education that matters, that is, educational qualifications. A millionaire managing his wealth and people under him, even graduates is educated. Every wealthy man is educated, a primary school leaver that could organise himself with his little knowledge and become a billionaire cannot say education is a scam. His primary education made him what he his. Higher educational qualifications is not a yardstick to make money, if not only professors would have been the richest people in the world. This is where I begin to believe that people that say education is a scam must have mistaken education to be something else.

The propagators of the hypothesis that education is a scam, should understand that Nigeria got her independence by the agitations of educated Nigerians? The likes of Dr Nnamdi Azikiwe, Chief Obafemi Awolowo, Chief Anthony Enahoro, Alhaji Tafawe Balewa and Alhaji Aminu Kano were all dedicated. These people, through their education got to know that the British colonial system of government was not in favour of Nigeria. They understood, that British colonial system was orchestrated to control and exploit our resources for their advantage. If the education acquired that time could give Nigeria freedom, why not our youths think on how to use the current education to emancipate Nigerians from the political shackles or quagmire that is presently SUFFOCATING Nigerians

Alright, if education is wrongly believed to be a scam? The calibre of people, susceptible to say such are those that misused their opportunities of acquiring educational qualifications. They are villagers with a high level of naivety and myopic on the meaning and relevance of education. Some have weighed themselves as persons that could not attend educational institutions by all standards. Many might have duped their parents in the course of education/schooling and as such could not graduate. Others are simply drop outs, while some see education as an expensive venture. By this, they could not attempt and all these people that fall in these category are likely to say discouraging and disparaging words assuming education to be a scam. These same set of individuals seem to be oblivious of the fact that, there have never been any innovation in this world that has originated from the uneducated individuals to support human existence. It is unhealthy to claim that education is a scam, even with the inherent poor quality of education in Nigeria. If we say, education is a scam? How scamming is education in the Western world? When there are development across all facets of their economy. This is obviously the reward for hard work, diligence and productive government.

The youths that are gullible and likely to fall prey to this popular misconception of education as a scam are those that never thought of their future, loafers, never-do-wells, nonstarters, lallygags, vagabonds, deviants chickenhearted, community write offs and Nigerian students usually call them NFAs(No Future Ambition). The Ukwani people call them oke-abu mmadu. Graduates that are trapped in this misconception are the ones that “passed through educational institutions without education passing through them”

Now that education has been misunderstood by the NFAs, the idea is moving like a viral cell or wild fire. The students, youths, parents, society and government should not treat the issue with levity. The government should know that providing good quality education is their role, and any attempt made to jeopardise that sacred effort should be nipped at the bud. Apart from nipping it at its bud, education as a scam, should be likened to ballistic missile shot at ones country, except anti- balistic missile is used to intercept it when it strikes and it detonates, there will be catastrophe.

Nonetheless, Nigerian government should prove that education is an authentic and functional enterprise. The government should endeavour to ensure that job opportunities are made available to Nigerian graduates on the basis of merit, equity and fairness because that is one of the ways to prove the reality of education in Nigeria.

Nigerian government should reinvigorate their efforts on giving automatic scholarship and employment to deserving and high performing graduating students in our educational institutions.

The government should be focused, determined and honest in funding education to make the training of our teeming graduates worthwhile practical and result-oriented.
Students, parents and the society should, as a matter of urgency, disabuse their minds on the scam attached to education.

Any individual in any parts of the world that has mistaken education which is the acquisition of knowledge, skills, morals, values habits, etc and its application to better mankind, should not be measured on monetary terms or acquisition of wealth as wrongly perceived.

Besides, government can also create an enabling environment for our teeming graduates to embark on private-oriented entrepreneurship ventures. One key way of addressing this, is ensuring that the power sector of the economy is entirely placed in the hands of private companies and firms with government actively functioning as a regulator. This will help to check rural-urban migration as many of our graduates will take advantage of the availability of electric power supply to engage in businesses that were hitherto be hampered by sheer absence of power supply. This was the magic that was initiated in the telecommunications sector of the economy by the civilian administration of the former President, General Olusegun Obasanjo.