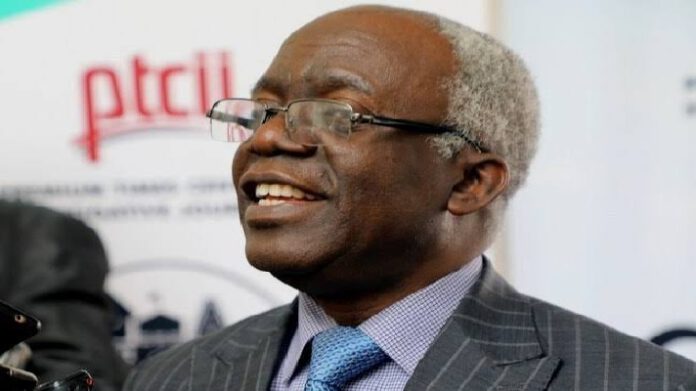 Legal luminary and Senior Advocate of Nigeria, Chief Femi Falana has berated the federal government over its inability to build a functional refinery to address the lingering crisis in regulating fuel prices in the country.

Falana was reacting, in an interview to the recent botched hike in fuel price that saw the federal government debunking an earlier statement by the PPPRA announcing 212 naira as the new pump price of petrol.

Falana said it is a shame on the part of the Nigerian government that an individual like Dangote can build a refinery that refines 600 barrels of fuel per day and the government of Nigeria cannot even build four functional refineries to address the crisis of fuel in the country.

He said, “It is a shame that an individual like Dangote can build a refinery to refine 600 barrels of oil per day and the Nigerian govt cannot.

“PPPRA just woke up one morning and said they want to sell petrol for 212 naira and the president and no one knows about it? And no one has been fired.” The law only permits the petroleum minister to such within legal frameworks”

On whether market forces can determine the pump price of petroleum products,

Falana said, “Market forces exist in the imagination of imperialist as far as our laws are concerned there is no place for market forces determining prices of petrol.”

Falana also bemoans the approach of the government in tackling the activities of oil marketers in the country.

He stated that “This is an oil-producing country and on a yearly basis huge money is an earmark for fixing refineries. But instead of fixing refineries, the government imports fuel from other countries including from countries that don’t produce fuel.”