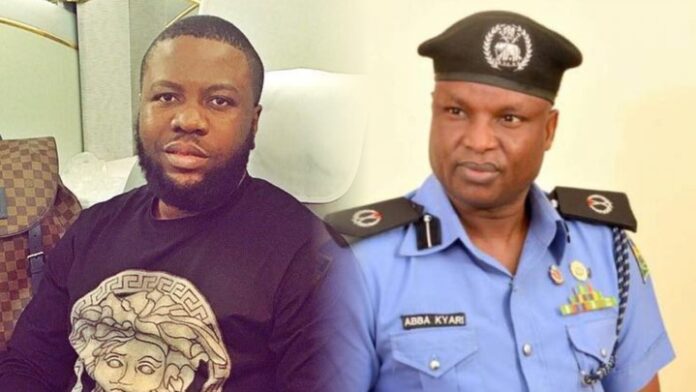 The Nigeria Police Force has debunked reports that suspended Deputy-commissioner of Police Abba Kyari has been recalled to resume work.

Spokesperson for the police, Commissioner Frank Mba dismissed the report.

“How can the police recall an officer suspended by the Police Service Commission?, he said.

Kyari who was formerly OC SARS and commander of the Inspector-General of police Intelligence Response Team (IGP-IRT) had been under investigation after being indicted in a scam case involving Abbas Ramon, commonly known as Hushpuppi.

The FBI alleged that Kyari connived with Hushpuppi to defraud a Qatari businessman of $1.1m.

Giving an update on DCP Kyari’s case on Thursday, the IGP said the embattled officer had been queried and that the police were working with the office of the Secretary to the Government of the Federation and the Attorney -General of the Federation for appropriate sanction on Kyari.

He also explained that the panel constituted to investigate the case had submitted its report to the SGF, Boss Mustapha, for vetting and advice on the findings.

The IGP said they recently got feedback from the SGF and were contemplating their next step.

He also said he has not received any extradition request for the suspended DCP.

Rape And Other Sexual Offences A Global Menace – IGP