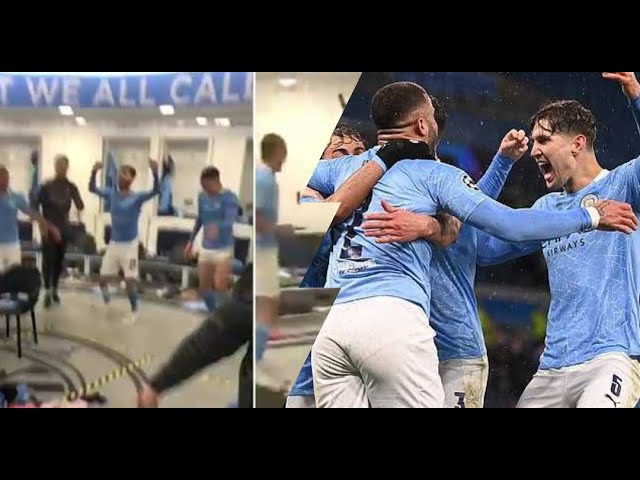 Manchester City players celebrated their first ever Champions League final with Staffs in the dressing room.

Manchester City sealed their spot in the Champions League final after beating PSG in the semi final.

After the final whistle, Pep Guardiola’s side started their own celebrations in the dressing room.

They were still wearing their match kit as they jumped around in celebrations with some staffs in the dressing room.

Manchester City will face Real Madrid or Chelsea in the Champions League final in Ataturk Stadium in Istanbul.