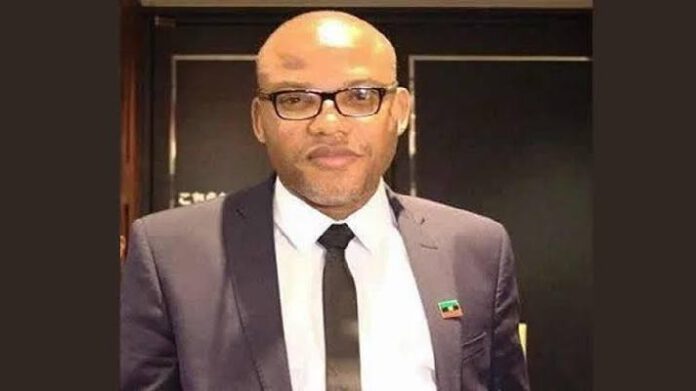 I know that politicians never believe what is happening today will ever happen. Politicians believed that with money they can do whatever they like and get away with it.

You need to listen to them or hear them speak. They will so much speak low of the people when they in the company of them that grace their beds.

‘My man just make sure you have enough money to share during election and you are good to go just give them 1k and they will vote.’ politicians just don’t care.

They never believed a day will come when they will not be allowed to campaign. They never believed they can shift their campaign to Lagos and right there in Lagos youths will be chanting Mazi Nnamdi Kanu’s names. I want to tell politicians and their supporters that they have lost it.

What have you guys not denied? We told you that Mazi Nnamdi Kanu is the only leader in the East, you doubted.

We told you that IPOB is Biafra and Biafra is IPOB, you said it is a lie. You even went further to argue that Biafra flag doesn’t belong to IPOB, but Biafrans. You support politicians singing one Nigeria, yet claim Biafra flag belong to you and not to IPOB championing Biafra. But not as if IPOB is fighting over the flag with you or stopping you from using it.

It is getting over for you politicians. Your evil days are coming to an abrupt end. In coming months it will be absolutely nothing to be a governor or Senator in the East. The problem you guys have is shortsight. You guys are blind to tomorrow.

I will keep saying it… Eastern politicians will be dethroned. They will head to exile.
Mazi Nnamdi Kanu made all these possible.
Elochukwu Ohagi, Philosopher, Teacher And Activist, 2021.

Promotion Interview Commences Today For Officers On SGL. 05-10 In Delta