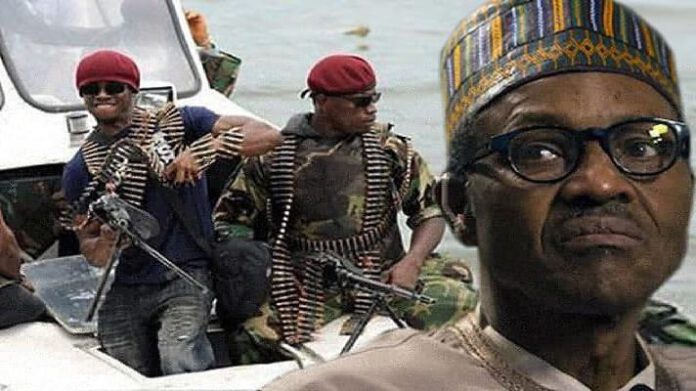 MILITANTS in Niger Delta, who threatened to resume hostilities, some days ago, have tabled five new demands before the Federal Government, while waiting for expiration of an earlier ultimatum.

The nine renegade militant groups under the auspices of Reformed Niger-Delta Avengers, RNDA, said it had written the International Oil Companies, IOCs, to evacuate their staff to avoid human casualties, as fighters would occupy oil and gas facilities after destroying them.

Leader of RNDA, self-styled “Major General” Johnmark Ezonbi, aka Obama, who confirmed the development, last night, said militants were in support of the #EndSARS protests and would, surely, escalate action in the creeks if the federal government failed to meet the demands.

FG Sets Up Committee To Fight Hunger & Malnutrition In Nigeria