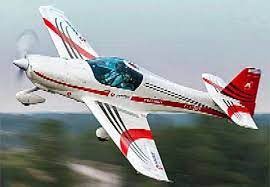 Funding for the production of Hungarian Magnus Sentinel training and surveillance aircraft has been allocated by the Federal Government of Nigeria, News Desk Paper Report.

The Federal Executive Council (FEC) has approved the sum of N2.3 billion for the commencement of local building of the Magnus Aircraft at the Nigerian College of Aviation Technology, Zaria, Kaduna State.

Minister of Aviation, Hadi Sirika, disclosed this after the FEC meeting presided over by Vice President Yemi Osinbajo on Wednesday at the Presidential Villa, Abuja.

Nigeria will assemble the Sentinel variant locally, while Magnus will supply dozens of its aerobatic Fusion UL training aircraft.

In May last year, Magnus signed an agreement with Nigerian College of Aviation Technology (NCAT) for the assembly and sale of its Fusion UL model. DG NCAT Captian Alkali Modigbo, Senator Hadi Sirika, Nigeria’s Minister of Aviation, and László Boros CEO of Magnus Aircraft Zrt were present during the signing.

“I am happy to announce – today is the reality; we will indeed assemble the Magnus aircraft and will continue to do so and not too distant future by God’s grace, the industry of civil aviation will begin to manufacture right here in the country aircraft.

“But we are beginning by assembling these training aircraft and it will happen very soon.

“So, the memorandum has been passed in council; the manufacturer of the airplane is based in Hungary.

“And the total contract sum is N2.3 billion; the completion period is 18 months.’’

“We were all trained like that as pilots; but because airplanes become more and more technologically advanced, the need for spin and spin recovery didn’t arise, because they are becoming more and more sophisticated.

“But again, the world realised that we still get into spin or there is a need for this skill to be developed for recovery out of spin situation.

“So, most of manufacturers stopped producing trainers for that purpose; and so there are not many people now that do that manufacture.

“And the company, Messrs Magnus, realised that gap and started to produce airplanes that can get into spin and out of it, so that students can be trained on that.”  The minister said that due to the ministry’s maximum attention to safety, it believed that such training should come back to Nigeria’s aviation industry.

“So this airplane is fully aerobatic, goes into aerobatics; and I think the Nigerian Air Force and the Air Forces around the sub-region will be interested and excited by this development, we are taking the lead in civil aviation.”

“It is our intention to manufacture them here, and sell them out to where we’re interested around the world.”

“So this will happen here in Nigeria and we will fly them within the remaining four months that we have as a government.”

Nigeria and Hungary began collaborating in January 2021 to enhance pilot training, the operation and maintenance of Intelligence Surveillance and Reconnaissance (ISR) payload.

On 22 January, a Hungarian delegate consisting of the Hungarian Consul-General to Nigeria, Endre Peter Deri, and the Chief Executive Officer, Hungarian Magnus Aircraft Manufacturing Factory, Mr Laszo Boros, visited the Headquarters of the NAF in Abuja, and they were received by the Chief of the Air Staff (CAS), Air Marshal Sadique Abubakar.

According to Magnus Fusion website, the Fusion UL comes “with its reinforced airframe and aerofoil design the aircraft is highly resistant and easily maneouverable at the same time. The composite airframe structure and the symmetrical aerofoil allows the aircraft to manoeuvre safely.”

“As a result of technology and design of the airframe structure its fuel consumption is extremely low, the aircraft consumes only 16 to 21 liters of 95 octane unleaded petrol per one hour flight.”

The Fusion UL has been further developed by International Armour, a Greek company into the MF-212 ISR and attack aircraft.

According to the company’s brochure, the aircraft’s features include “Patrolling of guarded objects and territories,” “Detection and control of small maneuvering air targets” and “Countering illegal armed groups”.  The Nigerian Army has been marked to receive three MF-212 ISR and attack aircraft, while the Air Force will receive at least 20 of the ISR versions, in a deal that includes local assembly, maintenance, and overhaul of the aircraft.

The first of many Hungarian-made ISR-configured Fusion light combat and trainer aircraft arrived Nigeria in December 2022 to join the battle against insurgents.

These acquisitions are funded under the 2023 Budget proposal submitted by Nigerian President Muhammadu Buhari to the National Assembly.