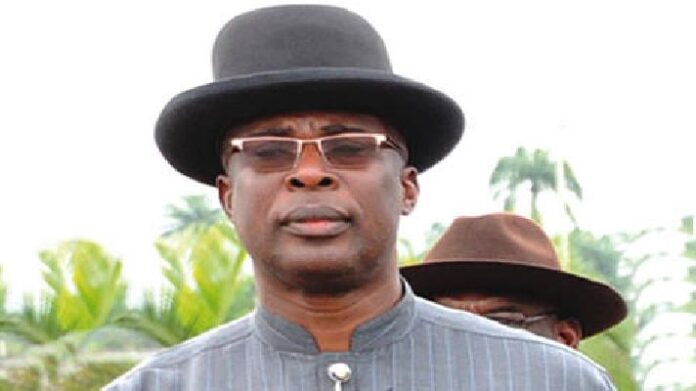 Minister of State for Petroleum Resources, Timipre Sylva, says Nigerians should be proud that the Federal Government is set to resume the importation of petroleum products from neighbouring Niger Republic.

Sylva said contrary to comments by critics of the government, the plan by the Federal Government to resume fuel importation from its West African brother should not be seen as ‘an embarrassment’ but rather as a means of encouraging intra-regional trade.

News Desk had reported that the Ministry of Petroleum Resources announced last Thursday in a statement that the two countries signed a Memorandum of Understanding for petroleum products transportation and storage.

According to the statement, Niger Republic’s Soraz Refinery in Zinder, some 260km from the Nigerian border, has an installed refining capacity of 20,000 barrels per day.

The move by the Federal Government attracted steaming criticisms with many knocking the government over its inability to keep the country’s refineries running.

But reacting on Monday evening while featuring on Channels Television’s Politics Today programme monitored by News Desk, the minister said Nigeria is a big market that needs excess fuel products manufactured in other countries.

Sylva said, “I don’t see that as an embarrassment at all. As a country, Nigeria is a big market, we need products, even if all our refineries were functioning, we will still need extra products.

“Niger Republic produces oil and they are landlocked as a country. They have a refinery that produces in excess of what they require as a country and they offered to sell to us in Nigeria because this is a bigger market.

“In the spirit of regional cooperation, regional trade development, we decided to buy from them. I don’t see anything wrong with that. If your neighbour is producing something that is required in your country and you buy from him, why is that a big problem?

“So, we agreed with Niger to buy the excess of what they don’t require in Niger because this is a big market.”

Danjuma: If I Tell You What I Know Nigerians, Will Not...

Ministry of Urban Renewal In Charge Of Building And Verification –...