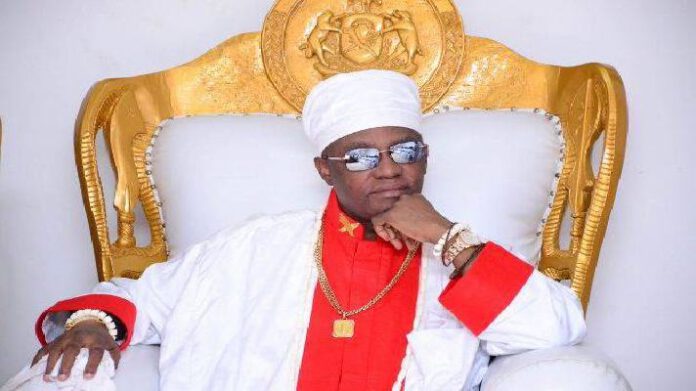 The monarch said the insult on the personalities of Buhari and two other illustrious sons of Edo State, currently trending on social media, was the handiwork of mischief makers.

The monarch was responding to a recent video on social media anchored by one Eranomigho Edegbe, who claimed that he has the authority of the Oba to hurl insults on President Buhari and few other individuals.

But Oba of Benin, in a statement signed by the Secretary, Benin Traditional Council(BTC), Mr Frank Irabor, said: “We condemned in strong terms the malicious attacks on the integrity of President Buhari and other persons whom the video seek to malign.

“For the purpose of clarification and to set the record straight, Oba of Benin wish to make it categorically and irrevocably clear that the said video and contents therein was not commissioned nor was it encouraged by the Oba,” he said.

He explained that Oshiomole and Okunbor, who have been adopted by the palace of the Oba, have not only respected the culture and traditions of the land, but meaningfully contributed to the wellbeing of the state.

While demanding an unreserved apology from Eranomigho to avert the consequences, BTC warned that there is an ancestral curse on any one who attempted to tarnish the image of Benin and the ancient throne of the Benin kingdom.

Why Pension Scheme Should Be Scrapped

Sultan Of Sokoto Condemns Killing Of Muslims In Jos