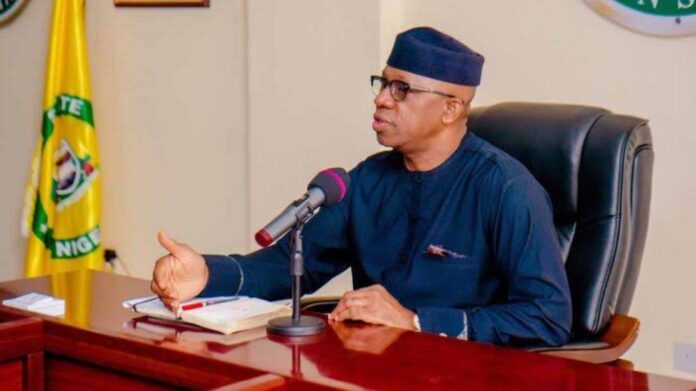 But Abiodun, in canvassing for the upward review, submitted that the current formula is no longer in tune with economic realities

He said the increase would allow for “more developments in the states.”

Abiodun, who was represented by his Commissioner for Finance and Chief Economic Adviser, Dapo Okubadejo, said this in Lagos while speaking at the South West Zonal Public Hearing on Review of Revenue Mobilisation Allocation and Fiscal Commission.

Abiodun also noted that there should be a downward review of the allocation of the federal government to 30 percent.

Making the proposal, the Governor said the formula should be reworked to stand as 30 percent to Federal; 45 percent to states; and 25 percent to Local governments, as against the current stand.

Abidoun also wants the Exclusive List amended to allow each tier of government to concentrate on areas that will better touch the lives of the people.

The governor, who attributed the current imbalance in the revenue sharing formula to the provisions of the 1999 Constitution, particularly the Exclusive Legislative List, maintained that States have increasingly borne significant additional increase in managing issues relating to maintenance peace, security, education, infrastructural development, and social welfare programmes, among others.

The State Government further called for a review of the Social Development Factor of the allocation formula in line with modern day realities areas of education, health and population, saying, “population density should replace population and land mass as independent factor in revenue allocation”

I Am An Actor, Not A Ritualist – Yul Edochie

Tinubu To Unveil Shettima In Abuja On Wednesday