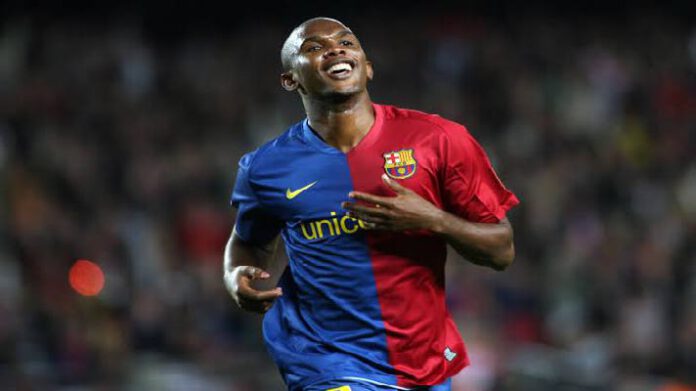 Replying to El Hadji Diouf’s claim of being better than Eto’o and Drogba, the Cameroonian said, “None of them can say he was better than me or was at my level. And it’s not about what I say, it’s what was there. I’m not disputing over something with anyone. I wanted to be number one and throughout my career, none of them was better than I.

I could have won 8 or 9 Ballon d’Or awards, but I had already started my combat with CAF then, so I could not win them. Many who won called me to thank me because they knew…I remember playing for Inter against Lazio and CAF called to tell Inter president that I have to be at the awards because I was the winner. The president said it should be rescheduled and he would organise it , and finally it wasn’t done; the award was given to someone else. I’m happy with the 4 awards I have,” Eto’o said I a live interview on Instagram.

Replying to another question, the ex-footballer said if footballers in the world are classified position by position, only Ronaldo Nazario ‘El Fenomeno’ will be ahead of him.

MultiChoice Nigeria Slashes Price To 44% For Dstv and 75% For...