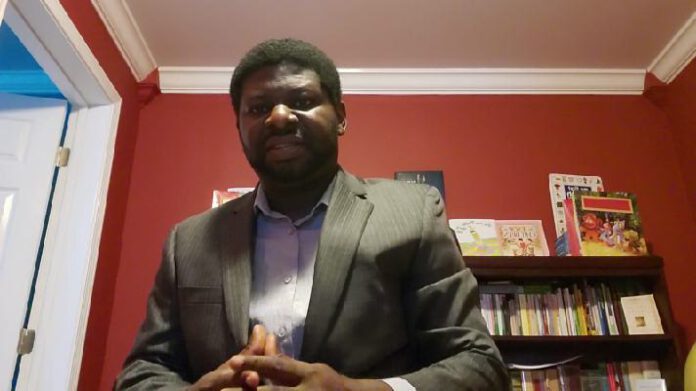 Senior pastor of Awaiting The Second Coming Of Jesus Christ Ministry, Adewale Giwa has revealed that the next governor of Ondo state is the Senior Advocate of Nigeria (SAN), Chief Olusola Oke.

Giwa, who stated this in a statement forwarded to News Desk on Monday, advised governor Oluwarotimi Akeredolu to start packing his bags from Alagbaka government house.

The cleric said, though, Akeredolu had tried his best, but the governor’s best was not enough for the people of Ondo state.

He said,” Don’t forget I said APC would not pick Chief Oke in 2016 primary election and it happened just the way I predicted.

“This time around, it is the turn of Oke to become the governor of Ondo state. The truth must be told that the current governor has tried his best, but he has failed to execute positive projects that can make the people to return him to Alagbaka.

“You don’t give what you don’t have; governor Akeredolu is a novice in politics. No doubt, I commend the governor that he says things as they are, but he is being surrounded by sycophants.

“Left to governor Akeredolu, one term is enough but the people around him keep pushing the governor to do what he has not planned to do.

“Ondo state people won’t forget governor Akeredolu, his wife and children. They have served the state in different capacities.

“Maybe the people would start enjoying the dividends of democracy when they learn how to present to politicians what they want.”