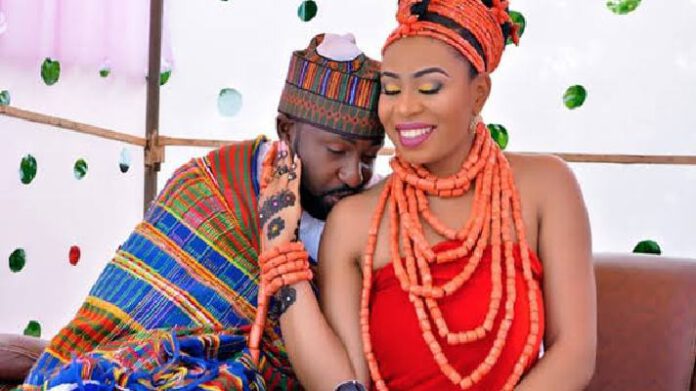 The Pentecostal Fellowship of Nigeria, (PFN), Ughelli North Local Government Chapter, over the weekend organised a one day marriage seminar for pastors and church members, just as it emphasized that a healthy marriage formed the bedrock of a healthy society.

The marriage seminar with the theme: Marriage and Family Building, was held at Life Christians Center, Ughelli, and was well attended by great men of God and their wives as well as dedicated Christians and their wives.

She described marriage as an institution which was ordained by God, but lamented that it had been under serious attack spiritually, physically and financially from Satan and his agents, hence the moral decadence prevalent in the society.

Revd Mrs Oguma disclosed that a lot of marriages were in crisis, just as she urged Christians, most especially ministers of the gospel to fight and protect their marriages.

The guest preacher, Revd Mere Wariri, an erudite scholar, in his lecture noted that most successful marriages were sustained by the special grace of God.

He said family building was bidirectional, in which the husband and the wife must first build themselves in the tenants and principles of God before building the children by inculcating in them the laws of God through constant biblical teaching and prayers.

See also  Whatever Is Not Of Faith Is Sin, Says MFM Pastor

He said family building should be geared towards achieving some set goals which included; self-preservation, self-sustaining, meaningful contribution to societal development and the attainment of eternity for all members.

He said parents should first of all patiently, in unity and peace build themselves and adopt the principle of conflict resolution in the family as recorded in proverbs 25:8-11 before coming together to build the children.

He noted that parenting could be most effective during the formative years, just as he urged parents to introduce their children to Christ at an early age, give them secular education, build self-confidence in them and also discipline them when necessary.

Revd. Wariri attributed the failure of Prophet Eli’s children in the Bible to lack of care and discipline on the part of Eli who never checked on the activities of his children.

Wariri however noted that parents may not be held responsible for the misbehaviour of their children after the attainment of adulthood, because at at the age, they could be held accountable for their actions.

Did You See Pepper In The Last 8 Years, Oyedepo Asks Nigerians

We Need GODEPENDENT Leaders And Not Independent Leaders By M.C John