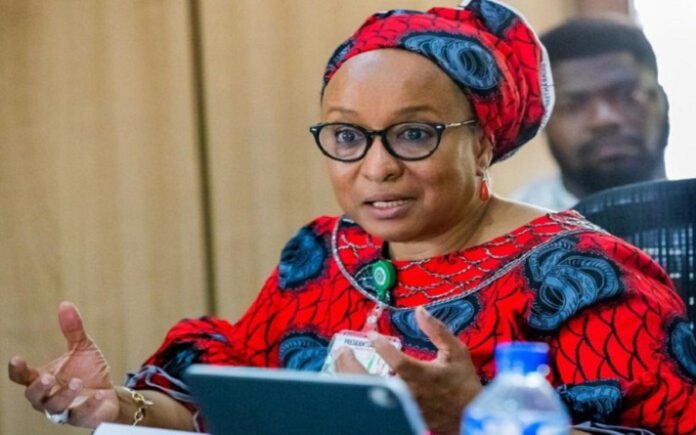 The Federal Government (FG) has disclosed how the recovered $104 million Abacha loot was spent. The Special Adviser to the President on Social Investments, Maryam Uwais announced that the money was spent on programmes designed to address the plight of poor and vulnerable Nigerians thereby alleviating poverty in the country.

Uwais disclosed this during her keynote address at a two-day Experts’ Training and Advocacy on Tracing and Recovery of Illicit Funds and Assets organised by the Human Environmental Development Agenda HEDA, in Port Harcourt, Rivers State.

The Presidential aide said the total amount disbursed from the Abacha loot from August 2018 to the October payment cycle was $76,538,530 and $27,099,028 from the IDA credit. She explained that the funds were sent to beneficiaries under the National Cash Transfer Programme, which is a part of the National Social Investment Programme.

On what prompted the decision to distribute the funds to the poor, Uwais said that it was decided over by a combination of the Swiss government, the World Bank and the Federal Government. This was to ensure that the funds were well utilised and not diverted to private pockets, as was the case in the past.

In December 2014, a Swiss judge gave a forfeiture order to the effect that the money ($322.5m) recovered from the family of late General Abacha would be returned to Nigeria, one of the conditions being that the World Bank would be involved in monitoring disbursements therefrom.

“Presumably, this was as a consequence of the opaqueness that surrounded the application of recovered funds.”

wais listed key achievements of the Cash Transfer Programme funded with the Abacha loot and IDA loan facility to include enrolment and payment of 620,947 beneficiaries across 29 states. She went on to express regret that there were millions of Nigerian citizens who had never felt the presence of government in their lives, adding many of them had continued to struggle to eat one meal a day.

Christians Urged To Seek The Face Of God Always