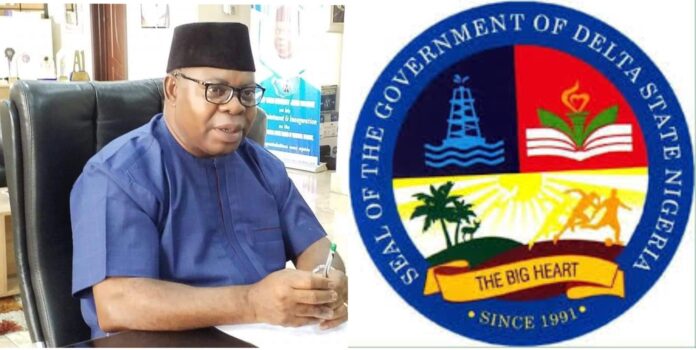 One levy most residents of Delta State take for granted is the Radio and Television license rate, which has been in existence for a long while now, but most times ignored because of lack of capacity by local governments, whose constitutional duty it is to collect such fees, to enforce its collection. Yes, there is a legally mandated levy for the use of radio and television sets within the state!

As a Country that operates a Federal System of Government with a structure that recognizes the existence of Federal, State and Local Government Authorities, the tax sharing arrangement between these tiers of government is clearly spelt out in the Taxes and Levies (Approved list for collection) Decree NO 21 of 1998 which was amended in May 2015 under President Goodluck Jonathan, and became an Act of the National Assembly.

As the last tier of governmental authority closest to the people, Local Government Councils are mandated to collect a number of levies and rates, which include levies for Shops and Kiosks, Slaughter slab fee for those who operate animal Slaughter, houses, marriage, birth and death registration fees, Radio and Television license fees (other than radio and television transmitter); Vehicle radio license fees, and a long list of other levies and rates.

For our Purpose today, having established the legal backing for radio and TV license rates/ levies, we shall now discuss this vis a vis its implementation in Delta State. Radio and Television Rate is defined as the fees payable annually by owners of equipment or devices capable of receiving broadcast content within the local government Areas. This refers to Television Sets, Personal Computer (PC), Radio Sets, handheld devices, phones, tablets, I pads, Decoders, V- box etc.

Where this definition is applied, Nigeria’s estimated 153 million handheld devices, 30 million Personal Computer/ laptops, over 15 million TV Sets/ Decoders, 33 million Car Radio/ TV Sets will be lawfully required to pay rates to the local government Councils where they are operated and thus bring in an estimated #300 billion annually nationwide.

Is this far- fetched? Not at all. According to available data per state, projected revenue for Delta is an average #8.17 billion per annum from this type of tax alone. The RTVRS, or Radio/ Television Rates Service technology has the following capabilities:

Locate all payees/ device owners within their local government of residence for the purpose of remittances.

Also, comparative data available shows that in Nigeria, not more than #250 million is earned by the 774 local governments combined from Radio/ TV licensing, compared to the United Kingdom where Radio and Television licensing earns the public treasury 3.7 billion pounds (or #2 trillion naira) annually!

The reasons for this abysmal figure include poor collection mechanism; Lack of capacity by Local Government Councils in human and material terms; lack of dependable, verifiable and effective technology, process and system; and the total dependence on federal allocations.

Now, if you operate a radio or television set in your office, home, or car, the law requires you to pay an annual license fee ranging from #1200, depending on whether the use is personal or commercial. In this category also is the use of any equipment that is ‘capable of broadcasting radio content’, like handheld devices. Yes, Your phone, Ipad etc.

In a bid to increase the Internally generated Revenue Profile of local governments through radio and television rates collection, the Delta State Government, through the Instrumentality of Joint State Revenue Committee JSRC, which is a collaborative body of State Internal Revenue Service, DSIRS and Local government councils on issues of revenue generation, in July 2021 reached an agreement at a meeting at Revenue House Warri, to work together as a body to implement the 1998 Taxes and Levies (Approved List for Collection) Act, Item 14, Part three which deals specifically with radio and television license rates in the state.

In his address at that occasion, the Chairman of the Delta State Internal Revenue Service, who also doubles as Chairman of the Joint State Revenue Committee, Sir Monday Onyeme, stated that the meeting became necessary to “create the needed platform and synergy for the State and Local Government Councils to continue to engage each other on issues of mutual benefit, particularly in areas relating to revenue generation in the state.”

While acknowledging the constitutional role granted local councils to collect radio and television license rates, the Revenue Service Chairman stressed that much needed revenue was being lost due to the incapacity of the councils to effectively and efficiently collect the rates, hence the need to “apply modern technology solutions for a seamless, more efficient process.”

Sir Onyeme re-emphasized the position of Delta State Internal Revenue Service Law 2020 which empowered the Joint State Revenue Committee to deal with revenue matters which were of common concern to the state and local governments.

At the meeting under reference, the heads of the Revenue Departments of the Local Governments who were nominated by their respective Chairmen to be members of the Joint Committee, expressed delight at the application of technology by the State government, saying that it would lessen the burden of collection on the councils as well as improve their revenue receipts.

And how does this Radio Television Rate System work? Explaining the use of technology in the area of revenue collection, Messrs Treasury and Financial support services limited, the IT Solution providers for the project, revealed that unlike the former haphazard process of collection through road blocks and physical harassment of taxpayers, the new process would be entirely technology-based with the elimination of the human component in collection and remission. According to the IT Solution providers, the collection  process would be by “interfacing with third party service providers like telecommunication companies, Telcos, Pay TV providers, as well as the Automated Vehicle Administration System of the State government”, which he said would deduct the approved applicable rates at the point of registration for the particular service to which the rate apply.

Thus, households with a single pay TV decoder, for instance, including owners of handheld devices, would be charged #1200 per annum or #100 per month, while hotels and other commercial premises charge an average of #3600 per annum. Each Local Government Council is expected to be credited rates charged for devices operated within their territory.

The Simple interpretation of this is that the rates collection has been categorized according to the class of equipment involved:

Cable TV in commercial locations like hotels and offices, #300 monthly or #3600 annually.

2023: I’ll Cease To Be Nigerian If Tinubu Becomes President

Buhari Will Live In Kaduna After Office – El-Rufai