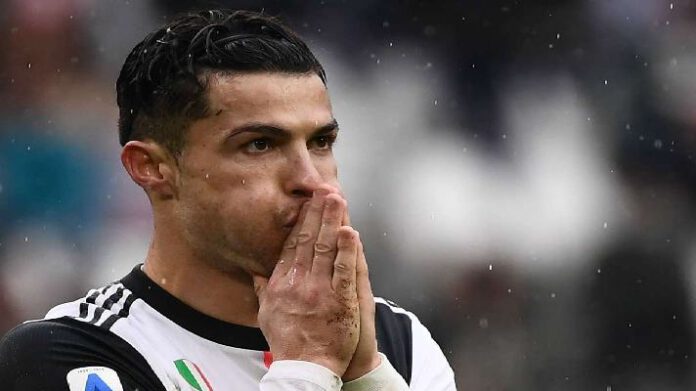 The Portuguese wants to keep playing for as long as he can, but likes the idea of moving into the movie business after hanging up his boots

Juventus striker Cristiano Ronaldo has opened up on his retirement plans, expressing a desire to challenge himself by starting a new career in acting.

Ronaldo is widely revered as one of the finest footballers in history, having earned five Ballon d’Or awards for his individual brilliance during spells at Manchester United and Real Madrid.

The 34-year-old has won a whole host of major trophies, including five European Cups and six league titles, while also landing a European Championships winners’ medal with Portugal.

Ronaldo holds the all-time scoring record for his country and for Madrid, and continues to set new standards of excellence even as he approaches the latter stages of his career.

The former United superstar is now on the books at Juventus, and is currently enjoying another prolific season with 10 goals to his name from 14 Serie A outings.

However, Ronaldo’s playing days will draw to a close at some point in the near future, which he acknowledged at a Dubai Sports conference on Saturday.

The Juve talisman says he will walk away from the game “the moment my body is no longer responding in the right way”, with one eye on a possible foray into the film industry.

“Several years ago, the age of playing football was until 30-32, but now, you find those who are 40 years old playing on the field,” Ronaldo began.

“The moment my body is no longer responding in the right way on the field, then it would be the time to leave. My success in my field is the result of hard work, and a way of living. I work continuously to improve my mental and physical abilities. I aspire to continue my studies after retiring from football.

“I hope I live more than 50 years to learn new things and face different challenges and try to find solutions for them. One of the things that I seek to challenge myself in, for example, is acting in a movie.

“I always recommend learning all that is new. This is what I always strive for. I always seek to educate myself, because my studies tend to answer many of the questions on my mind.

“We have to learn the best of others, and this is an important part in helping me achieve what I have reached now.”

Ronaldo has often been praised for his work rate on the training ground and his commitment to maintaining a status as one of the best players in the world, while sticking to a strict diet so that he can extend his time on the pitch for as long as possible.

The Portuguese thinks his dedication to the sport makes him “different” to his peers, but he does not want his comments to be misconstrued as arrogant.

“Our life is based on balance, you can eat all the food you want, but in return, you should keep exercising and not eat what harms your body,” he added.

“I know my body 100 per cent, and I always maintain a diet that brings me the physique that makes me different. Everyone knows my way of living, and my life is devoted to football.

“Maintaining my level of success in the past 15 years is mainly linked to my perseverance in being the best! I don’t want my words to be understood as narcissism.

“The love of football is the main motive in achieving all the titles I ever won. There are no special miracles or secrets in my success story, or any other success story. Rather, it is a great dedication to what you do.

“At the age of 34, I still have that fitness through diligence and hard work to get titles.”

Ronaldo will be back in action with Juventus after the winter break, with Cagliari set to arrive at the Allianz Stadium on January 6.

I Dissolved My Cabinet Because Of Distractions In Governance – Okowa

Wike To Oshiomhole Where are some of you who did Occupy...