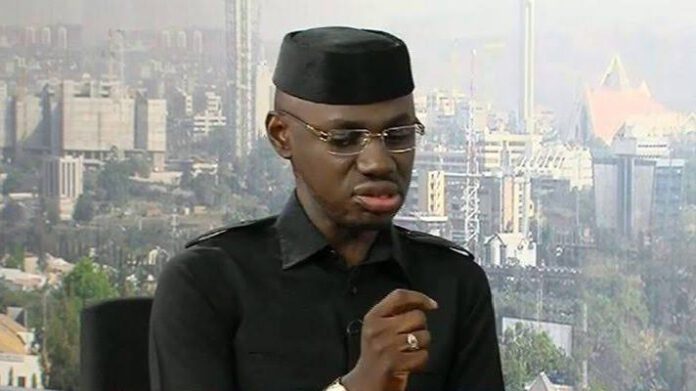 A political activist and former Deputy National Publicity Secretary of the All Progressives Congress (APC) Comrade Timi Frank has commended the senators of the United States of America and the America government for putting pressures on Nigerian government to the release of Omoyele Sowore and by extension, Ibrahim Dasuki.

Frank also thank all Nigerians, especially a human right lawyer, Femi Falana, who stood up to fight for justice even in the mist of treat to their lives, posterity will judge you favorably.

Frank said if not for the pressure by the USA government and some of its senators, Sowore would still be languishing in DSS detention without charge.

The political activist, however, declared that “truly the American government is the police of the world.”

Reacting through a statement on Wednesday in Abuja, to the release of both Sowore and Dasuki, Frank asked General Buhari’s government to apologise to the duo for trampling on their rights.

He also called on the USA, EU, UN and all lovers of democracy including Nigerians in diaspora to put more pressure on the Nigerian government to release other political prisoners, saying “General Buhari’s government has succeeded in oppressing its citizens, no more freedom of speech and the right to assemble. Just a few days ago, General Buhari/APC thugs beat to Deji Adeyanju to stupor for protesting against the continued detention of Sowore, yet the ruling party had the nerve to accuse the opposition party of masterminding the attack, indeed this government is not only clueless but shameless.

“I appeal to the USA, EU and all democratic countries where rule of law applies to issue visa ban on the government officials of this clueless government whose stock in trade is to disobey court orders that don’t favor them, oppress Nigerians by depriving them of their fundamental human right to associate and express themselves freely, this government is very powerful when it comes to oppressing innocent Nigerians but very weak when it comes to fighting corruption and insurgency.

“No government has disgraced and embarrassed Nigeria before the international community like Buhari government, it took the USA senators to speak out before sowore was released while our Nigerian senators are busy rubber stamping all Buhari’s request to the senate.

“I call on the USA government despite the blackmail to do more to ensure that other political detainees and journalists are freed.

“Sowore like Dasuki were granted bail by courts of competent jurisdiction but the tyrant General Buhari and the cabal decided to flaunt the order. Dasuki spent 4 years in DSS detention despite several bail granted by the courts while Sowore was rearrested a day after he was granted bail without charges.

“It is a shame that this government cannot put its house in order, they speak from both sides of the mouth as they are clueless.