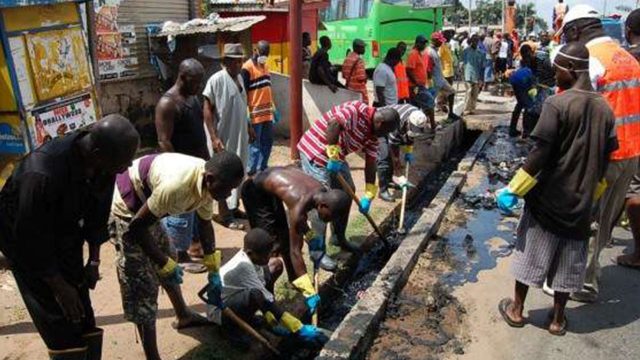 The Chairman of Ika North East Local Government Council, Hon. Victor Ebonka has called on residents of the locality to desist from indiscriminate dumping of refuse in drains and unauthorized places.

Ebonka made the call while monitoring the ongoing clearing blocked drains, weeds and dirt on medians of major roads across the local government area.

“We will not relent in our resolve to keep our environment clean. That is why, as a government, we will continue to do our part to have a healthy environment,” he said.

He warned residents against indiscriminate dumping of refuse in drains and other unauthorized locations.

“We have done a lot to make waste disposal very affordable and convenient. It baffling that some people still go about to dump refuse indiscriminately”

“Violators will be made to face the full wrath of the Law when caught,” he added.

While saying that having a clean and healthy environment is possible, he charged members of the Environmental Task Force to be proactive in the enforcement of the policy.

Why I Visited President Buhari – Tinubu

ICT: A Panacea To National Security

Hold Me Responsible If I Don’t Change Nigeria – Peter Obi